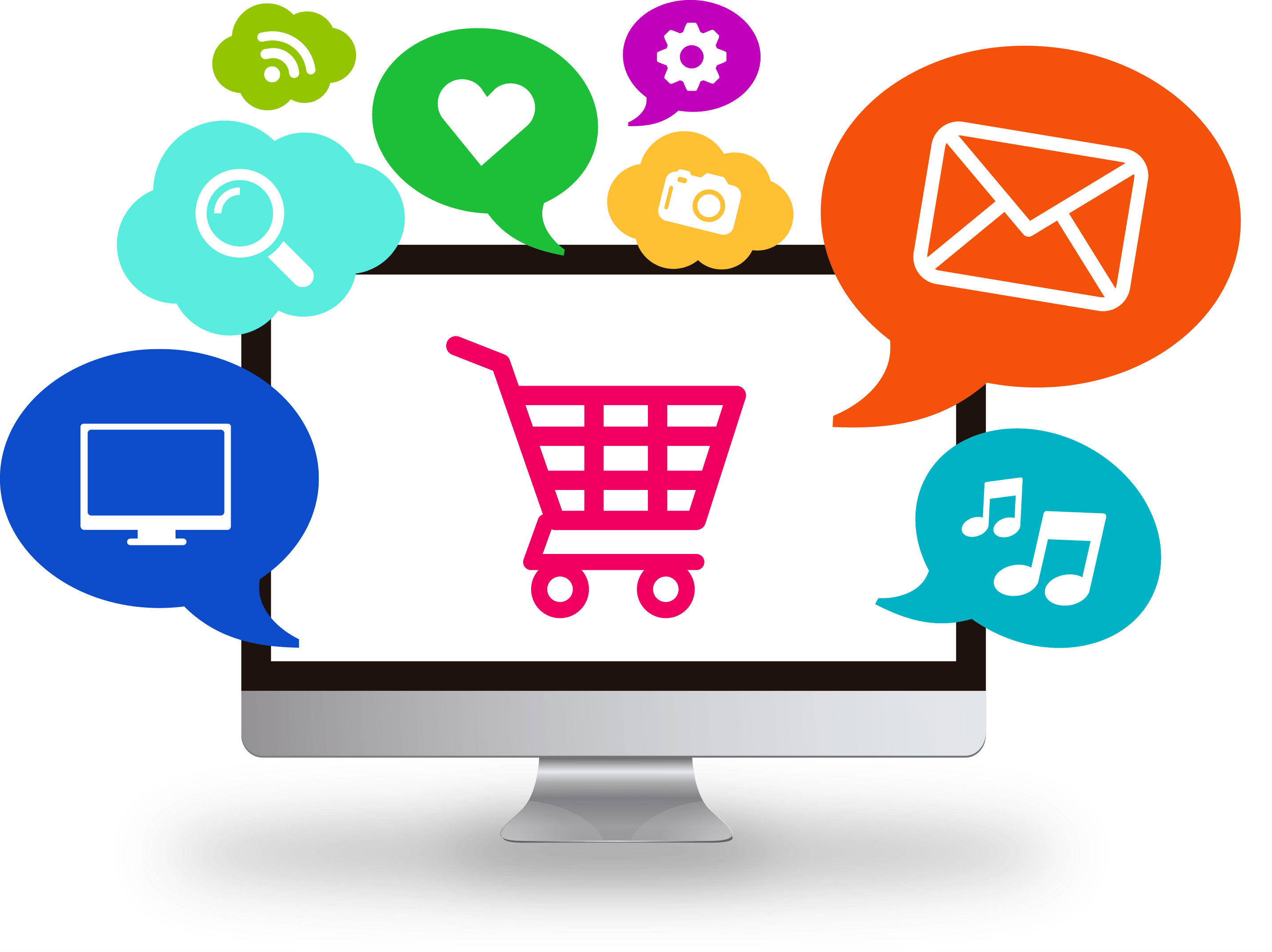 Being one of the fastest expanding economies in the world, China’s growth is echoed in the online market. According to China’s National Bureau of Statistics, Chinese consumers spent $750 billion online in 2016—a jaw-dropping number and more than the US and the UK combined. Even more interesting is how China’s e-commerce ecosystems and Chinese consumers’ online behaviors have evolved that led the country to today’s dominating position. This article, second in the tetralogy of which the first can be found here, explores what is fueling the e-commerce boom in China and thus offers insights for companies seeking to gain a foothold in this market. For more constructive information about the China e-commerce industry, request our white paper: 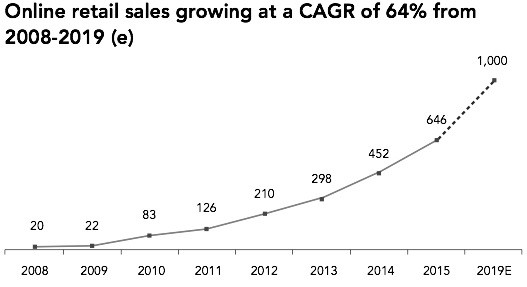 China is the world’s largest e-commerce market with online retail sales growing from $20 billion in 2008 to over $752 billion in 2016, taking 47% of the global share. This is nearly 80% larger than the United States’ market, which China overtook more than three years ago. China’s online retail sales from 2016 rose by only 26.2% year-on-year, significantly slower than that in 2015, and it was also the first time in the last five years that the growth rate of online retail sales has fallen below 30%. Many predict that the mind-boggling boom of China’s e-commerce is coming to an end. However, even though the Chinese online retail market has gradually stepped into a development stage with a relatively mature and stable growth from previous rampant growth, it is still growing twice as fast as the U.S. and the U.K combined. While the U.S. and U.K. markets are near their saturation, there are massive untapped markets in China left for retailers to explore and innovate on. Thus, China’s e-commerce retail market still shows strong vitality and great growth potential and is expected to reach $1 trillion by 2019 with compound annual growth rate (CAGR) of 64%. In the next chapters we want to talk about the drivers of this expected growth.

Drivers of the E-commerce Boom in China

Today’s e-commerce merchants and consumers in China enjoy a highly developed and specialized market. People can easily buy anything, from fresh vegetables to luxury vehicles through online marketplaces. All with one click, saving the trouble of paying in cash or entering credit card information and transporting the items home. Such convenience generates great popularity, increasing transactions and sales and thus the Chinese e-commerce flourishes. None of which can be done without the diversified development of everything related to E-commerce. For instance, E-commerce has been influenced by logistics infrastructure, financing, customer service, increase in mobile usage, increase in disposable income, growing E-population and shopping habits.

All these cross-industry activities have created consumer ecosystems which help consolidate business and improve consumer penetration through multi-perspective coverage. Among the major E-commerce companies, the two giants Alibaba Group and JD.com are considered the pioneers and driving force behind all of the development.

Previously, e-commerce was confined to large urban regions such as Beijing or Hangzhou. Not only because of spending power or preferences, but also due to logistics limitations. However, things quickly changed as Alibaba and JD.com have been building up their logistics network across China linking up low-tier cities and rural areas which were previously less accessible. The recent service standard, which often includes same-day delivery at a minimal cost, largely facilitated the booming growth. This fast developing logistics helped retailers tap into a massive unexplored market, such as the hundreds of millions of Internet users who have yet to begin online shopping. This, in turn translated into a bigger consumer body with significantly higher growth potential. Future advances will also open up more opportunities such as cold-chain and supermarket sectors.

Another key part of the ecosystem chain that is driving the growth, is the customer service application tool. Platforms like Taobao and JD developed their own Web IM (Instant Message) tools, Aliwangwang and JD Dongdong, as convenient communication platforms between buyers and sellers. Customers can directly chat with the sellers if they have any inquiries about product quality, sizing, shipping speed, customization, etc. by sending text or picture messages. The sellers, who must be available from morning to evening (even till 11pm), can directly answer questions, complaints and deal with after-sales services. The platform, if in good use, cannot just earn the seller a good reputation but also lets the seller build personal relationships with the buyers and thus generate brand loyalty. The empowerment of these tools is of essential importance to the China’s e-commerce boom as they made shopping so easy and push customer service for e-commerce in China to a level higher than anywhere else in the world.

Credit services have been historically under-utilized in China, making up just a fraction of the national GDP. However, in the past 5 years, because of rising incomes and a consumer market unleashed by the growing appetite for high-quality goods, younger Chinese consumers are increasingly willing to take on new financing options. Thus, Alibaba launched its financing option named Huabei (or Just Spend or Ant Check Later), which offers loans to those who shop on Taobao and Tmall platforms. This effort is intended to improve the customer experience and also boost sales. More than 60 million payments for purchases, 8.5% of the total, on the 2016 Double 11 Shopping Day were made through Huabei. JD.com also rolled out Baitiao that supports purchases on JD to compete. Those who use the loan service spent 58% more than the average shopper did six months earlier. Though the financing market is still new, it definitely played a crucial role in the recent growth of e-commerce.

Besides all of the supporting infrastructure and large supply chain in place, the demand readiness of China’s e-commerce market plays a huge role in the success of this market.

The growing market is sustained by a continuous increase in the number of Internet users and online shopper. Although China only “started” with the internet rather late in 1994, the e-population has nonetheless been rising rapidly. By the end of 2016, the number of Internet users in China reached 731 million, accounting for around 60% of the country’s entire population and double the amount of U.S population. Among them, the number of online shoppers has grown exponentially from 74 million in 2008 to 467 million in 2016, 63.8% of total Internet users, 12.9% of an increase over the end of 2015 and a compound annual growth rate (CAGR) of nearly 30%.

In addition to the growing number of shoppers, the disposable income of shoppers also increased. Urban disposable income levels per capita has grown at a compound annual growth rate (CAGR) of 11%, rising from $2,505/year in 2008 to $4,698/year in 2014. Since 2008 till 2014, rural disposable incomes have also more than doubled from $762/year to $1611/year. An average Chinese middle-class individual who earns $12,000 per year spends on average 18 to 27 percent of their disposable income on online purchases. With China’s middle class exceeding 400 million people, such spending power made them the major force that drove the e-commerce growth and the target market for cross-border sales.

The phenomenal e-commerce growth could not have been possible without catalysts of smartphone and wireless network. By the end of 2016, China’s mobile Internet users reached 695 million, 95.1% of the total e-population. The penetration rate of online shopping on mobile terminals rose to 63.4% in 2016 and registering an annual growth rate of 29.8%. Of the 441 million mobile shoppers, 58% were registered in lower-tier cities, where PCs and laptops are largely skipped and the users’ first experience of the Internet was likely to have been on a smartphone. Since mobile phones are the only link to Internet access for a large proportion of the population, increased smartphone ownership and fast, wide and cheap coverage of 4G networks are a vital factor. During 2016’s Single’s Day, mobile payments alone made up 82% of the $18.2 billion sales generated and explains part of the exponential growth of China’s e-commerce.

Chinese consumers spend a lot of time shopping, as it is considered to be a relaxing and joyful experience no matter if it is in-store or online. It’s more than just the transaction but also entertainment, discovery, and social engagement with friends, celebrities, and Internet influencers. On average, China’s consumers spend almost 30 minutes a day on Alibaba’s Taobao, nearly three times longer than an American consumer typically spends on Amazon, which easily translates to increased sales and transactions. Easily explaining shopping habit of Chinese consumers as an influential factor fueling the e-commerce boom.

One might think that e-commerce in China of such astounding scale is near its saturation point, however that’s an unreasonable projection. With 40% of the population not yet wired up with Internet, cold-chain and hypermarket in developing stages and high growth potential demonstrated by low-tier cities and rural areas, China still has large untapped potential left to be explored. If you are excited by any of the recent advances of E-Commerce in China or you want to learn about how you can make the most out of them for your business, please stay tunes for our following posts. To obtain more information on the research paper, please contact us at info@1421.consulting.

This article was written by Maxime Van ‘t Klooster and Nathan Jansen. Special thanks goes out to Ruoyi Xi. For more information, please request our China E-commerce White Paper. 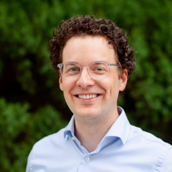 Maxime started working in China 6 years ago. Moving to China to finish his Master Degree, he quickly fell in love with Beijing and decided to stay in order to pursue a career related to China. Joining 1421 Consulting Group 4.5 years ago, he quickly became responsible for the inbound consulting projects and corporate services. Currently, he is COO of the group and working with the management team to further put 1421 on the map as a respected consultancy.