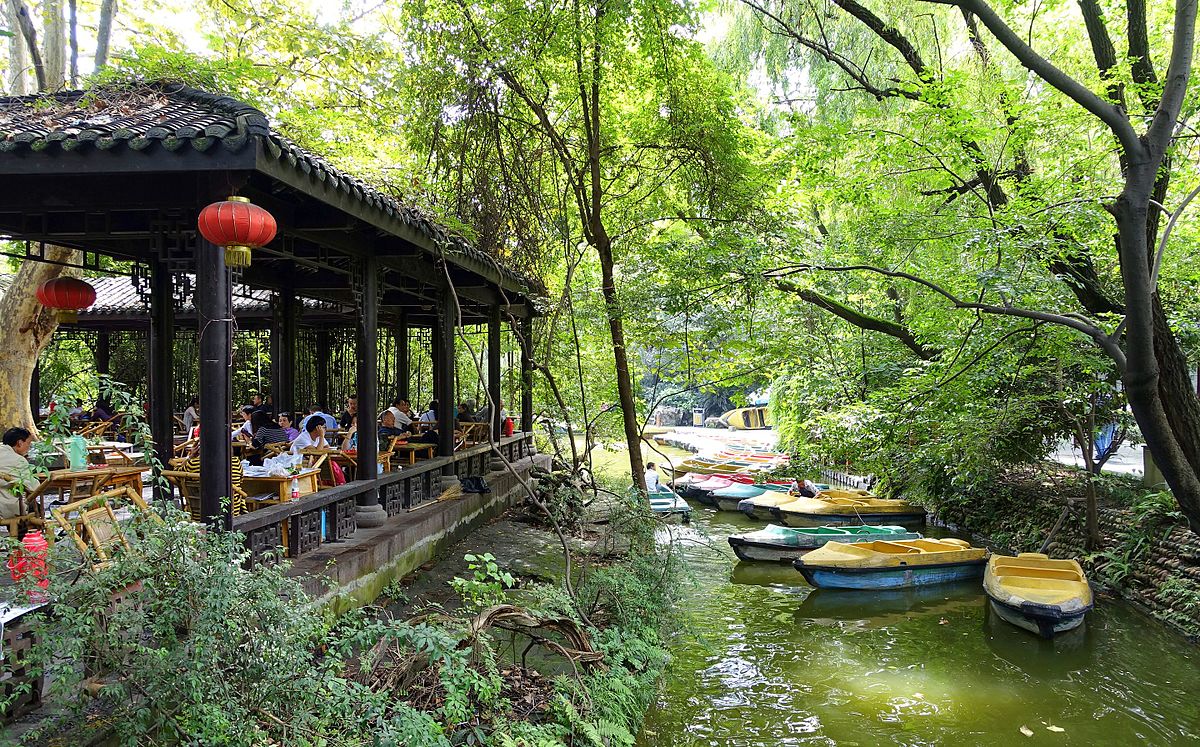 There are many cities in China on the brink of a development boom or in the middle of it. Chengdu is one of these cities. Considering our recent research into Tier 2 cities, we are seeing a growth of business in Chengdu from western companies due to their “Go-West Strategy”. With new transportation connections to Chengdu, such as the One Belt One Road (OBOR), it is no surprise that it will become even easier to make use of all the potential business in Chengdu. Is it time to start doing business in Chengdu? Is it a Chengdu or a “Chengdon’t”?

Many larger Chinese Cities are showing promising growth, which makes them interesting for business. Each city has their own focus area and their own interesting industries. The larger cities in China receive a status as Tier 1 or Tier 2 cities. This ranking is based on a number of criteria, like GDP, inhabitants, spending power and more. Tier 1 cities are Beijing, Shanghai, Guangzhou and Shenzhen. Much of the growth in these cities can be explained do to international trade, which is easier to do when sea fare is a possible mode of transportation. These coastal cities are prosperous but are unable to grow as fast as in the past.

However, when you visit Chengdu it sometimes feels like a haven for foreigners. The culture of the city is very appealing and has a sort of Mediterranean relaxed vibe. This aspect makes the city also very attractive for foreigners looking to do business in Chengdu. We’ve explored the other basics of Chengdu which might be useful to know before doing business there.

An Overview of Chengdu

Chengdu is the capital of the Sichuan province and is situated on the Western edge of the Sichuan Basin. This capital city serves as the economic, financial and commercial center of Southwest China. More than 15 million people live in Chengdu. The province of Sichuan is known to tourists for its spicy food. Chengdu is famous for their cute habitants: The Panda. Economically, it is ranked as the 15th most competitive city in China. The ranking will probably move up quickly, as experts estimate that Chengdu will soon be upgraded from a Tier 2 to Tier 1 city. The growth which makes the Tier upgrade possible, is fueled by infrastructure and connectivity investments like the OBOR initiative and the Chengdu – Poland railway connection.

The chart below shows different companies from various countries are starting their business in Chengdu. This growth will most likely continue with the upgrade to a Tier 1 city.

While Chengdu’s economic growth has stabilized from 15.2% in 2011 to 7.7% in 2016, the growth percentage is still higher than China’s national average. As can be seen in the industries of investment, Chengdu has a service-oriented economy with tourism as one of the pillars. The city itself now encourages innovation and entrepreneurship, like many other cities in China. Chengdu has many universities which will probably provide the required talent and innovation for the future markets. 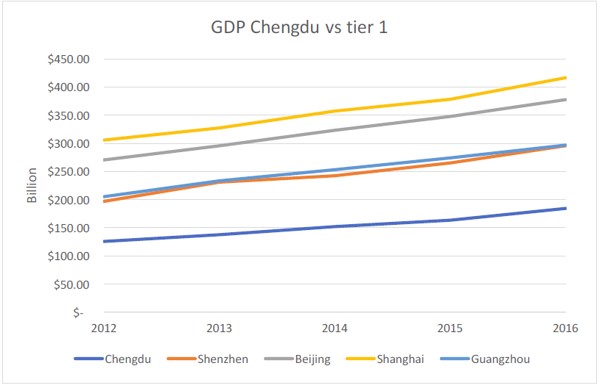 While the numbers above are impressive, there are still some industries which will perform better in Chengdu than others. Two of these industries are:

In Chengdu, the life science industry is targeted as a key emerging sector. The city is currently building an industrial chain focusing on biomedicine. An area especially developed for this industry is called the Chengdu Tianfu International Bio-Town. The Bio-Town already attracted more than 70 projects worth 90 million RMB since March 2016.

Another important industry which Chengdu is targeting, is the IT sector. They target the sector by developing a new area called the Tianfu New Area. Tianfu will be near Xinglong Lake and the six clusters aimed for are: Information networks, biomedicine, valorization of science, civil-military integration, international cooperation and creative design.

In 2017, the most recent outlook of Chengdu’s future was that the economic output of the city would be 500 billion Chinese Yuan by 2022. The economic output will be driven by the tech and science industry. The city expects that more than 100.000 companies related to new economy will be in the city, joined by the “7 unicorns”. Unicorns in China are companies like Tencent and DJI, both based in Shenzhen. Also, the city predicts more than 280.000 technological entrepreneurs will be welcomed for business in Chengdu in the upcoming 4 years.

Chengdu most certainly is a city in China which is interesting for businesses. The future looks promising, but the relevance of Chengdu is already actual.  Obviously, deciding to start your business in Chengdu depends on a lot of factors. The location of establishment should not be picked haphazardly. If you are interested in Chengdu, or if you are looking for a party to discuss your business plans, feel free to reach out to us at info@1421.consulting. We will give you initial advice without strings attached and promise to make sure we strive for your business success.