China stepped into the Golden Age of its online media era around 2015, when businesses began using social media as part of their core marketing strategy. This trend gave rise to the flourish of the Influencer Economy in China.

In China, influencers are known as “Wanghong” which means internet celebrity. The Wanhong’s are the most influential individuals online in China. They are similar to “bloggers” or “vloggers” in Western online media. In China, “individual media” established by any individual of the general public to convey formal and informal information to a mass or niche audience is called “WeMedia.” The creators of WeMedia attract followers through original content creation or reproduction.

Major Platforms for influencers in China

The influencers in China could not have thrived without the various social media platforms in China, which are designed to support different types of businesses accordingly.

The social media platforms can be divided into 4 major categories: graphic & text-based, video-based, audio-based, and live-based. Not surprisingly, some of the video platforms have developed their own live streaming functions to stay competitive. Listed below are the major platforms of each category that generate the most traffic in China.

A multi-purpose messaging and social media mobile app that allows individuals and organizations to share original content through different functions including ‘Moments’ and ‘Official Account.’ Content are usually shared as short postings or articles, which can contain videos and redirect the readers to other pages.

A social media mobile app that mainly focuses on trend-spotting and entertainment. Weibo postings are usually short with graphics or videos that are relevant to the text. Any information that appears in the ‘Trending’ section can be known by people all over the country within a few minutes.

A video-sharing social networking service used to create short dance, lip-sync, comedy and talent videos. The Douyin community is an incubator for Chinese influencers. Short videos from Douyin are shared on many other social media platforms as well. Music that are often used in Douyin videos will soon become popular, or at least familiar to people around the country.

Known as Tik Tok outside of China, Douyin is available in 155 countries and has 800 million active users worldwide. In the US, the adult Tik Tok users grew 5.5 times in number in 18 months from 2017 to 2019, and Tik Tok is said to be “rewriting the world” by the New York Times. Learning how to launch influencer marketing campaigns on this fast-growing platform has also become a “mandatory course” for many marketers around the world.

A video sharing website and mobile app themed around animation, comic, and game (ACG), where users can submit, view and add commentary subtitles on videos. Content creators on Bilibili are called ‘Up Zhu’ which means ‘uploader.’ The most influential uploaders can have over 10 million subscribers. Many of the uploaders often collaborate with businesses to market their product or services to their subscribers and other users.

China’s biggest spoken word audio platform that provides free podcasts, radio, audiobooks, and music. Influencers in the fields of education and career often choose Himalaya as a pay-for-knowledge platform to market their courses or consulting services.

One of China’s hottest video-sharing and live-streaming apps. As the main competitor of Douyin, Kuaishou has a particularly strong user base among users outside of China’s tier 1 cities which makes it a great platform for Wanghong marketing. In 2019, Kuaishou Live had a Gross Merchandise Volume (GMV) of over 150 billion RMB.

Being part of the Taobao app which has over 800 million, Taobao live has become the most powerful way for the Taobao stores to market their products through live streaming. The live streamers  do not need to be Wanghongs to promote products; instead, the most influential streamers can become Wanghongs eventually. In 2019, Taobao Live had achieved a GMV of over 250 billion RMB.

With more and more social media platforms blooming in China, Multi-Channel Network (MCN) institutions have appeared. MCNs are organizations that work with video platforms to assist channel owners in exchange for a percentage of the ad revenue from the channel. MCNs connect all sorts of platforms together, accelerating the monetizing process and changing the rules of competition. For businesses that are heavily based on content creation and online community building, WeChat is a basic and  ‘must-have’ part of their multi-channel marketing network because of its large user base. Furthermore, almost any content on any other social media platform can be shared via WeChat.  Therefore, it is common that influencers on Weibo, Bilibili, or Himalaya are also active on WeChat.

When it comes to promoting and selling products directly to the consumers, the e-commerce live streaming now has the greatest growth potential in China. In 2019, the Chinese live streaming industry had a GMV of over 400 billion, in which 200 billion was contributed by Taobao live streaming. Witnessing the success of live streaming marketing, many social media platforms including WeChat have started to provide live streaming functions to keep up with the trend.

The Most Popular Influencers in China

Influencers in China are professional content generators who focus on various themes such as fashion, food, education, fitness, health, etc. After attracting a certain number of subscribers, many of the Wanghongs would be sponsored by businesses to create content that include advertorials for marketing purposes. Those who have successfully established their personal brands could choose to set up their own companies, offering new products and services to their existing customer base.

Influencers who build their online presence through e-commerce live streaming might be a bit different. Instead of being known as good content creators, they are known as excellent salespeople who only recommend things that are worth buying, and they would only focus on pushing the products to the customers throughout the live streaming process.

Below are 4 influencers with different backgrounds and in different fields who made their way to the top influencer status in China: 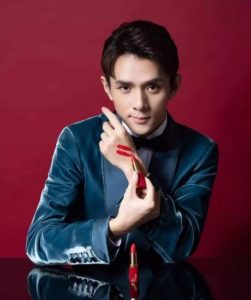 One of the most popular live streamers in China who mainly pushes cosmetics. Known for his professional lipstick try-on and introduction targeting female customers. 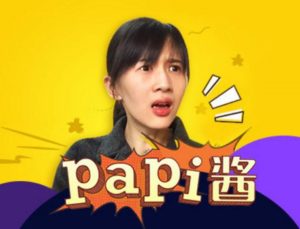 A Chinese comedian known for her comedy on video blogs, where she pokes fun at everyday topics including entertainment news, dating and family relationships.

An Israeli influencer who established YChina, known as “Foreigner Research Institute China” which is the most influential producer of Chinese-Western culture related content. 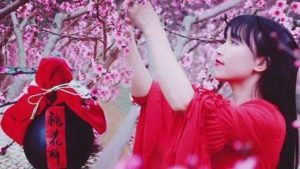 Pushes: No ads in content but will promote food products under the Li Ziqi brand

Despite some people with animosity towards influencers, influencers in China are generally welcomed by the younger generations in China. As the Key Opinion Leaders, Wanghongs are trusted, liked, and even admired by young people in China. Some of the Wanghongs may even play the role of a mentor in their loyal followers’ lives.

Undoubtedly, as WeMedia continues to thrive, an increasing number of young people are getting ready to catch the trend and become influencers themselves. Looking to have a sideline as an influencer, they are eager to learn about “how to become a successful Wanghong in China.” Many businesses are seizing the chance by offering related crash courses online to these creative young people who want attention and some extra income. Offline “Wanghong Training Classes” are also appearing to fulfill the growing needs.

How the Influencer Economy in China can Help Businesses Grow

Perfect Diary, a Chinese cosmetics brand that was started in 2016,  has written a perfect success story about Wanghong marketing. Only 3 years after establishment, Perfect Diary achieved a sales revenue of 3.8 billion RMB and had over 17 million followers from multiple channels. Choosing the right influencer to collaborate with on various platforms is the key to their success. One of its best-sellers, the “Explorer Eyeshadow Palette: Animal Series” includes a “Dog Palette” that has a face of a cute puppy called “Never” on its packaging. “Never” is the “Lipstick King” Li Jiaqi’s puppy. In just a few seconds, 150000 Dog Palettes were sold out after they were launched.

Perfect Diary’s marketing idea of co-branding with Li Jiaqi is undoubtedly in no small part to their success in the Chinese cosmetics industry. Being the mainstay of Chinese marketing campaigns, KOL marketing is imperative for businesses to best communicate their value to their target audience in China. In addition to Chinese brands, international brands like L’Oreal and Brandy Melville are also having similar Wanghong marketing approaches that are making their products trending in China. As the Wanghong Economy continues to thrive in China, domestic and international brands are striving to seize the opportunities that comes along with Wanghong marketing.

MCNs have become the core of the Wanghong Economy. It is common for businesses with marketing needs to contact MCN institutions in order to have a collaboration with the Wanghongs. Choosing the right Wanghong to work with and the right marketing strategy is essential for successfully launching a new product or service.

Influencers usually provides their contact information on social media, but contacting all influencers in China that a businesses can possibly partner with would be extremely inefficient. More importantly, China is working on improving the laws and regulations for social media platforms to ensure that the Wanghong culture grows in a healthy and ethical way. If your business is looking to include Wanghong marketing as part of your marketing plan in China, the best solution is to consult with 1421 Consulting Group. We are more than happy to discuss the questions you have and provide you with the services you need. Please contact us at info@1421.consulting.

This article was written by Catherine Jiang, who contributed as an intern at our Shenzhen office.