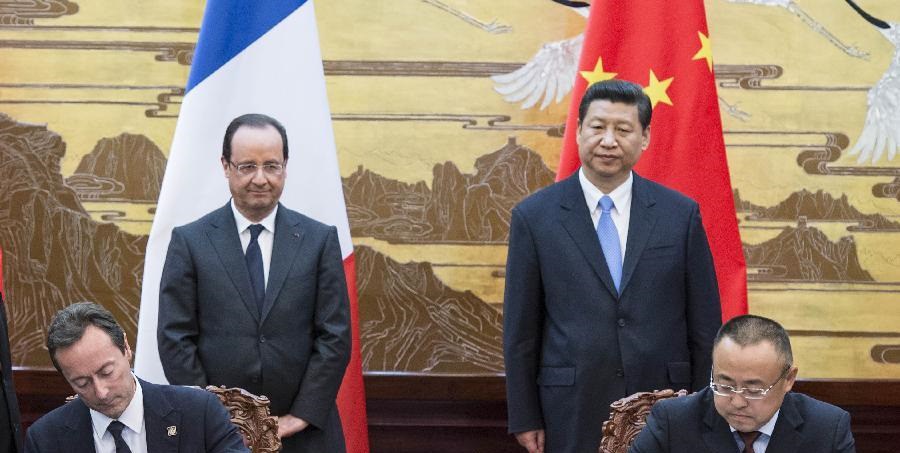 Marc Meynardi, marketing manager of 1421 in France, gives his insights in the French sectors with high potential in China.

From the production to the transformation sector, France is the fourth world leader in the agribusiness. The development of R&D and marketing, the financial power of several larges groups such as Danone, Lactase, Bongrain are very positive tools to grow on foreign markets. China is the first world food producer. Nevertheless the country has to feed 20% of the world population. Since 2003, its agro-food trade balance became negative on a long-term trend. That’s why France, accounting many agro-food SME’s, gets a lot of opportunities in exporting to China. Additionally, both countries have a long culture for qualitative and innovative food products and cuisine.

Everyone thinking about French wine imagine great names such as Mouton Rothschild, Romanée Conti, or any other reputated names mainly from Bordeaux or Burgundy area. Such image is far to be representative of the French wine industry in it’s whole. It would be better to say that producing great wine is a result of many know how linked together. To master quality wine production, a lot of expertise are occurring at several steps from the grape till the glass. For instance: grape growing technics and selection, technical and chemical control of the wine production. Producing good wine is a result of an added value chain. Each link is as important as the other one: to master the wine process, the cask maker is as important as the yeast producer. Above all, the marketing knows how is the key point. For sure, more important as the product itself. Without marketing, would the world consumers and investors pay so much for French wines?  Why this specific industry got opportunities on the Chinese market ? First of all, like France, China has a long grape wine history. It has been dated more than 2 500 years BC! It also has a long tradition of fermentation and distillation. More recently, the communism era erased the grape wine tradition. Since then, the government encourages grape wine production for two major reasons : first, save the rice or other cereal used in spirit production to feed the population, and become a major world player in the wine business. Several rich Chinese wine lovers bought app. 100 Chateau in Bordeaux, but also settled several Chateaux in China, such as Chateau Chengyu (Yantai). This vineyard was settled in 1892. In 2006, it has signed a partnership with Castel, a french winemaker, to improve wine quality. Since then, other vineyard have been settled in many Chinese area. Recently,  Ningxia desert become a real good field to develop vineyard. LVMH and Hennessy, both French wine and spirit producers invested there. Thanks to its history, it’s wine culture, and more recently, it’s know how and continuous R&D, French companies got many chances into two major Chinese wine market sectors: the French wines sales as final product, the export of wine process technics for this future giant wine producer.

Historically, French engineers are very innovative. In the past, some programs such as Concorde, the TGV (High speed train) were at the top of technical struggles. Today, France is still a country of innovation. Schools are orientating students towards creative projects. The government, through BPI (Banquet Publique d’Investissement) is encouraging innovative industries, thanks to a public fund of 8 billions €. And one’s visiting SME, sometime in remote area, can discover some High Tech “jewels”. Those companies, very technology advanced, often get very humble and technic orientated management. China enter in a cycle of high added value production, which is destined to slowly replace low cost production. Since then, companies sear and appreciate very much innovative, very specialized and unique know how to improve modernizing the Chinese Industry.