Without exception, our customers that just came to China or those have recently set up, have questions regarding invoice versus fapiao. Time and time again, these (in)famous documents confuse foreigners. To make it even more confusing: fapiao (发票) is the literal translation invoice, but the documents look nothing alike. In this article, we want to clear up the difference, so potential future arguments with suppliers can be prevented. 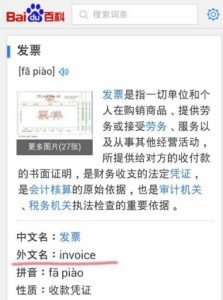 Invoice versus fapiao: According to China’s most renowned online dictionary, a fapiao is an invoice.

What is a fapiao?

Outside of China the system of fapiao is non-existent. A fapiao is a Chinese document used for registering generation of revenue and VAT. So a receipt mentioning the services sold, to whom and at what VAT rate. All Chinese business entities are obliged to issue these documents for any purchase from them by other entities. Generally, the fapiao are given after payment of the customer. Normally, a VAT fapiao have two or three pieces in layers. One piece of the fapiao is given to the customer, another piece is for internal bookkeeping. Every month a company should declare the amount of fapiao issued at the tax bureau. Refusal of issuing fapiao is illegal and a company can be prosecuted on grounds of this violation. For general tax payers, a tax status for companies in China, the fapiao is used as a tax-deductible.

On the fapiao itself there is a lot of information, which can be seen on the example below. 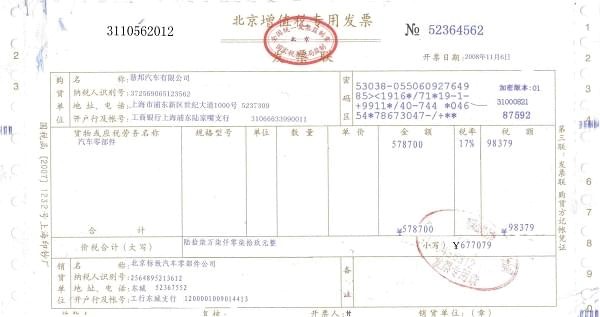 How to use a fapiao?

For a Chinese local companies and Foreign Invested Entities (FIE’s) like WFOE’s, JV’s or Rep Office’s, fapiao are mandatory documents. This is opposed to companies outside of China whom have no idea what to do with the paper stamped with a red stamp. For the three separate types of companies in China, a fapiao for expenses is used to prove the expenses. An expense in China without fapiao is seen as an illegal transaction, hence there is a lot of pressure on getting the fapiao. To get the correct fapiao one must stick to this simple check list:

The received fapiao should be filed by the company’s accountant. Any fapiao should be declared monthly. The VAT special fapiao received by a general taxpayer can be declared for deduction use. As said before, general tax payers are a tax status appointed to companies in China. We will elaborate on this tax status in another article, as it is a separate topic. Any deductions taking place should, ideally, take place in the month of receiving the fapiao. Of course not every company expense is covered by a fapiao. For some minor expenses like water bottles, coffee meetings, taxi rides sometimes fapiao are not given. These in practice can be covered by fapiao of the same amount. For larger expenses this is not recommended.

An invoice is a list of goods sent or service provided, with a statement of the sum due for these. These two are not the same. Asking for an invoice to a bi-lingual Chinese for an invoice often is cause for confusion. As we wrote above, a fapiao is often issued after payment. An invoice can be issued in anticipation of the transaction. The invoice summarizes what services should be paid. A Fapiao can be issued before a transaction, but this is not standard. For Chinese businesses it not logical to ask for a proof of tax payment, before a transfer has taken place. To avoid any confusion in terminology between an international invoice, proof of payment, fapiao and receipt, at our office now use the following terminology and translations: