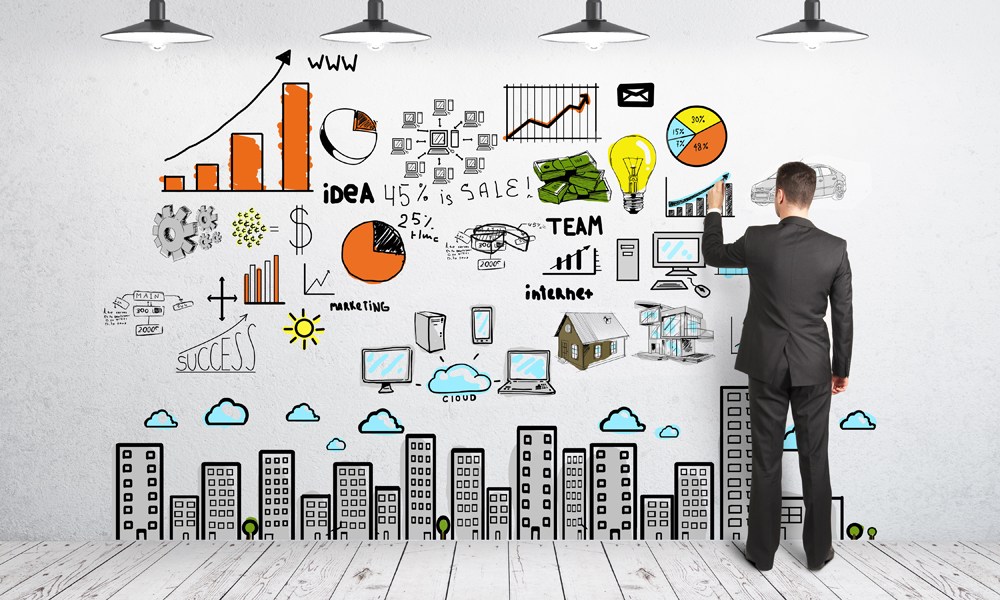 Lately, 1421 has obtained an increasing number of clients in the medical industry. Gaining expertise in this market, in combination with having knowledge about doing business in China, an interesting connection presented itself. This article tries to argue why the current start-up focus and culture links to the pharmaceutical industry.

According to China Daily, a state media, more than 4 million new companies hit the books in China in 2015, an average of 12,000 registered per day. Obviously, not all of them are going to cause a market disruption, but with tech and Internet sectors being the hottest industry, the number is still impressive. According to China’s State Administration for Industry and Commerce (SAIC), China was registering half of this number of new companies just a few years ago. There was little to no trust in Chinese startups, as they had an image of copying behavior. However, this has been changing rapidly: what these start-ups are producing is starting to belong to the world’s most innovative structures, ideas and concepts.

One factor that led to this change and the start-up spike are the government reforms over the last decade. Seeking to recalibrate the Chinese economy and shed its label as just the world’s factory, China needed more home-grown new technology titans that could compete globally and the hope is that start-ups will play a key role in that endeavour. Thus, China eliminated much of the red tape, invested heavily and built a ton of innovation incubators.

Also realizing that start-ups are one of the few asset classes with strong growth potential, a wide array of venture capital, private-equity firms and Internet giants poured an absolute ungodly amount of money into these start-ups. According to KPMG, venture capital in China increased to 31 Billion USD in 2016. However, the volume of deals decreased 42% (from 513 to 300). This implies that the capital invested is growing, while the number of companies invested in is decreasing. China now has 35 tech start-ups valued at one billion US dollars or more, giving it the most ‘unicorns’ in the world after the United States. 32 of them have hit the market only since late 2014 and 6 out of the 10 latest Unicorns are Chinese.

Knowing the surging investment trend, most start ups in China strategically choose to wait for a round of investments in which BAT investment happens. BAT stands for Baidu, Alibaba and Tencent, the big three data leaders of the Chinese market and equivalent of FANG (Facebook, Amazon, Netflix and Google). The goal of BAT’s investment is to both diversify their existing portfolio as well as gain a more international footprint. Receiving investment from either Baidu, Alibaba or Tencent brings more than just money on the table. It brings their entire eco-system. The strategy, structures and decision-making strategies will be in line with the investor. If Alibaba invests in you, you will probably also use their cloud system, their ERP systems and seek Ecommerce through the portfolio of websites that Alibaba owns. It’s no wonder start-ups are aiming for these BAT crazy investments.

Consequently, these giants are always desperately looking for new industries and concepts to dominate. In the extreme competition between these companies, they try to shop directly for new concepts. If one concept is already taken, the other mammoth just invests in the competitor.

Case in point, 1421 wrote an article about sharing bikes a while ago. When Mobike received investments from Tencent in June 2017 by bringing in an additional $600 million on board, Alibaba followed by investing in its major competitor Ofo by almost $700 million in July 2017. In other cases, they both invested in the same company. Ele.me, an online food delivery platform received $350 million from a few backers including Tencent in January 2015, after which Alibaba invested $ 1.25 billion in December 2015.

For the start-ups in China it is very important to quickly dominate the market. After Ofo, Mobike came quickly. In the months after, numerous bike sharing companies popped up to compete. As quickly as these copycats came, they disappeared as well. Price wars kill most of the companies. When Uber came to China, Chinese providers like DiDi quickly followed suit. The price wars for taxi services cost Uber their spot in China and they were eventually bought up. To prevent being outcompeted by copycats during the early phase of the companies, these startups then look for huge investment. 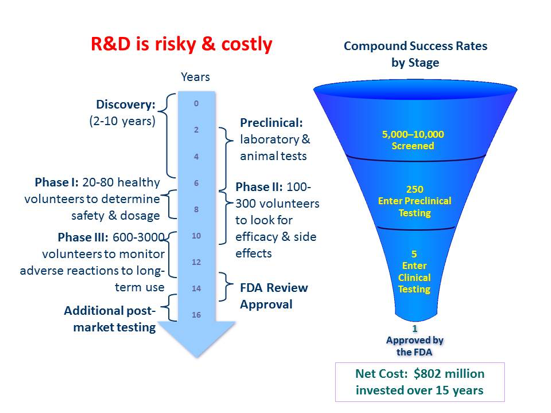 It’s increasingly true that nowadays, it’s the pint-size biotech ventures that are driving pharma innovations and the main R&D does not come from the giants. The majority of drugs approved in recent years originated at smaller outfits. Giants like Pfizer rarely conduct early scientific research anymore. Instead, they leave that discovery phase to startups, and then later cut deals to acquire or license the drugs. During this phase, thousands of compounds are tested, but out of 5,000-10,000 screened, only 250 compounds enter the actual preclinical testing phase. The costs of the discovery phase are already around $ 196 million.

As indicated earlier, the main issue for the pharmaceutical companies to develop the drugs without investment are the enormous costs of the next phases. Therefore, these startups aim at selling their compounds after the discovery and/or pre-clinical phases to the big pharma companies. The big pharma companies still do not have guarantees of the drug actually entering the market, thus they need to cover their enormous costs of investment by their most successful drugs. While the enormous costs might not be comparable to Chinese non-pharmaceutical start-ups, this gives an idea on how the BAT players in the pharmaceutical industry will act. They are always looking for the next big hit, but that hit needs to cover for the costs of numerous failures as well.

Start-ups, unlike the Pharmaceutical industry, do not always have to be going towards investment rounds to become healthy or successful. They could also expand naturally or grow from their own cash-flow. However, many Chinese start-ups refuse to accept this. Chinese start-ups are increasingly leaning towards the idea that they can only hit it big- or not hit anything at all. The aim of the majority of start-ups, globally, is to make a return for investors and achieve high future valuations at the Initial Public Offering. They no longer only exist to develop an innovative technology, a new product or add value to society. For the BAT companies, the risk lies in the fact that investment is being pumped in startup after startup, hoping to strike gold and cover the costs of the ones that fail. The pharmaceutical industry is already looking into pivoting into a different model, as the current R&D will most likely not deliver the next cash cows soon. With the rampant spending and the surging valuation in China’s start-up scene, many wonder whether there is a tech bubble in China ready to pop. We can only hypothesize that for the BAT companies another growth model needs to be found as well.

Lessons for Start Ups in China

Due to the high focus on BAT investments, a few things become apparent: if a start-up’s sole focus is being invested in, or bought, you create an investment culture that is focused on getting money to sustain long term plans. Short term, this is an extremely aggressive way of doing business with only hopes for profitability in the long term. Secondly, this focus on BAT investment could limit future possibilities. Even though there are many start-ups, the later stages of these companies are nowadays being controlled by a hand-full companies in China.

This could be a true danger to the current start-up climate in China, and we believe that large scale investments in start-ups could be ruining the Chinese markets in the long run. This is not a scenario we are hoping for, but a few bad examples in the start-up scene would change the attitude and would imply a cold-turkey treatment that some addicted investors are currently having. Please let us know what you think, or email us at info@1421.consulting