Chinese Millennials: The Future of China 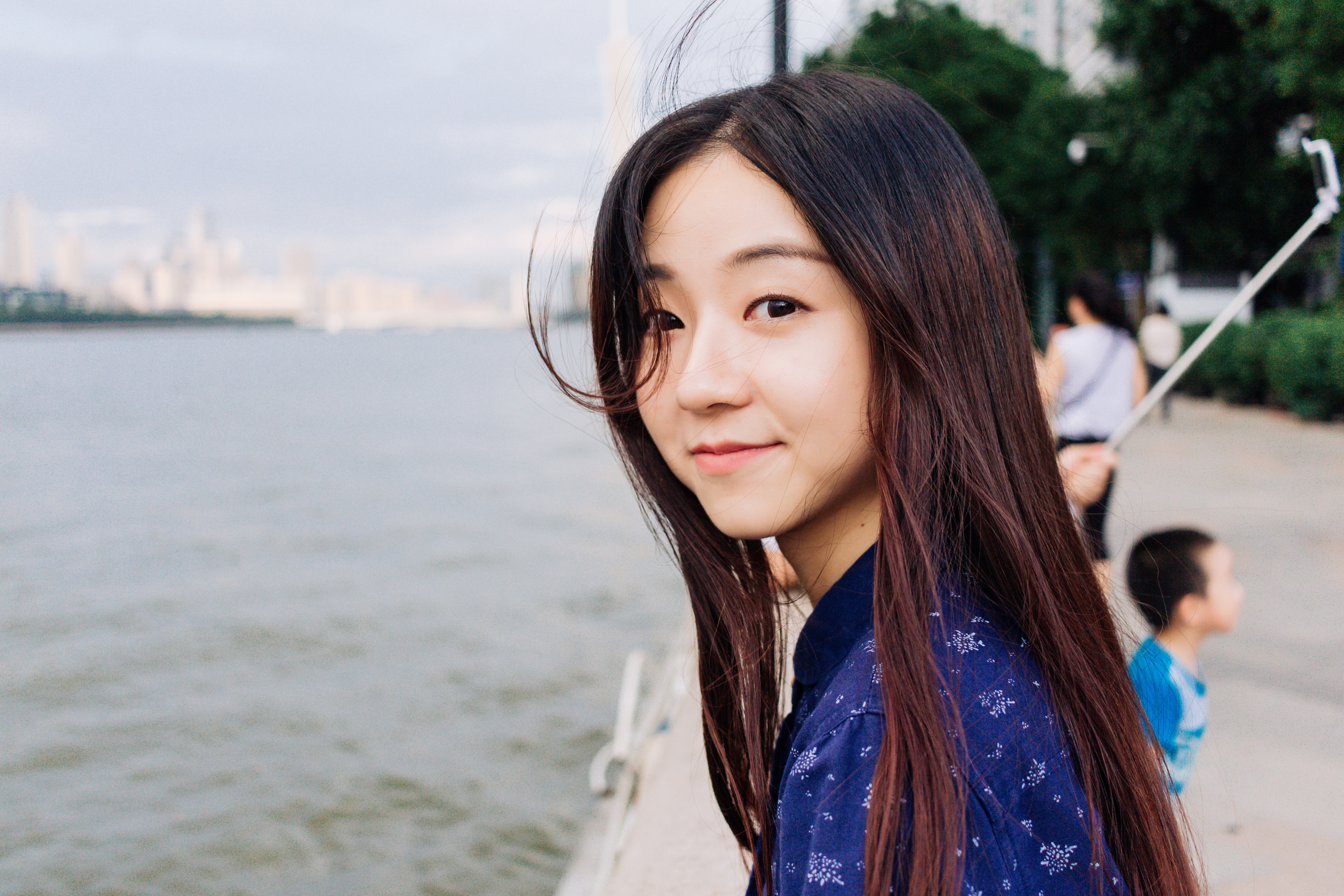 Chinese Millennials: The Future of China

As some of our colleagues are waiting for the driver, after the negotiations with one of our Chinese clients, the son and daughter of the CEO and COO ask us: “Can you squat like a Chinese?”. Both are involved in running the business of their parents and are considered the future of China. Our western bodies are obviously not capable of sitting in this position, which resulted in much laughter, many pictures and even some video’s. Both the pictures and video end up on WeChat: “It is true! Western people cannot sit like us”

Initially the role of the Chinese millennials seemed to be limited to translating. Their level of English is much better compared to their parents. This is a result of studying at an international school. However, throughout the negotiations, it becomes clear they also have a significant influence in the business decisions. When suggesting certain western marketing initiatives to increase the chances of success, the CEO seems unconvinced. The Chinese millennials convince the senior generation to follow our lead and invest in the future of China.

How different are the Chinese millennials?

Whether it is lifestyle or consumerism, the Chinese millennials as online travellers are still very different from the people born in 1970s and 1960s. The following interesting facts about the future of China were discovered in our research:

In 1990, only 26% of the Chinese population lived in the city and its surrounding areas. By 2010 this figure had risen to 43%, and by 2030 it is expected to rise to 70%. For example, the city of Chengdu was still like a small town in 1986. Today, Chengdu is a metropolis with skyscrapers, new apartment buildings and high-end shops and a young middle-class group.

The combination of this drastic geographical change together with many students following their studies overseas, has resulted in a generation which is eager to move forward. They are curious and want to learn more about the world outside of China.

More independent and passionate about entrepreneurship

The Chinese millennials are more independent. China is producing a wave of new entrepreneurs, which is represented in the number of students who start their own business right after university. Over 200.000 students became entrepreneurs in the year 2017. This increased from 1.6% in 2011 to 3% in 2017.

The independence of the new generation also shows in their lifestyle. They tend to enjoy travelling, shopping or even eating alone. This is something that is directly influenced by their life without siblings,

Prefers to develop a career in China

A survey released by a British foundation shows that 29% of Chinese respondents said that they feel that China is a place to live and work in peace. This is mainly because in China, as long as they are diligent, they can make a difference to the future of China. About 93% of Chinese respondents are also hopeful about the future because of advances in technologies such as medicine, renewable energy and technology. This generation has seen the world outside of China and now they want to make a difference in the Chinese world.

As we discussed in our e-commerce white paper, 731 million Chinese people were active online in 2016. Furthermore, people that purchased goods online between borders are between the 26 and 40 years old.

In 2016, 450 million users used Alipay, of most of these mobile payments were made by Chinese Millennials. 91.7% of the persons born in 1990s use mobile payment, and the annual per capita online payment of the people born in 1980s has exceeded 120,000 RMB.

The increased customer expectation of the Chinese Millennials indicates how much they do online. The best way to attract the millennials as a customer is making sure they become part of an online social platform. In the future of China, it will not be unrealistic that much of the interaction will move to the digital world.

If you visit a city in China, you begin to believe that China is westernized. Chinese Millennials sit in Starbucks stores, drinking coffee, texting friends and playing online games. There is no doubt that 400 million Chinese young people are increasingly modern and show some western traits. However, they have not abandoned China’s traditional values. For instance, the sense of responsibility for the family, being in harmony and the importance of family. In short, China’s future is not and will not be becoming Western.

The Chinese millennials have high expectations for their careers and they hope to achieve their goals through hard work. Despite their popular image is “self-centred”, they still uphold the earlier mentioned traditional values.

A new phenomenon in China is a “flash divorce”, which means breaking up when a couple just got married. The majority of only-children has reached the age to marry. This results in an increasing number of divorces in China. An officer of the Chongqing Municipal Civil Affairs Bureau said: “The marriage of the millennials generation is very fragile. Some people register for marriage in the morning and divorce in the afternoon.”

The primary factor is the uncompromising character of these single children. They have no siblings, and because of this they are often spoiled by their parents and do not like to share. Furthermore, this generation is not keen on proactive communication. They are more dependent on the platform, and even stay online.

China is traditionally known as the country that loves to save money. However, the millennial generation will usher in earth-shaking changes. In a research done by McKinsey, Chinese people aged 27 and below grew up in a China marked by extraordinary levels of wealth. Consumption made up 64.7 per cent of gross domestic product growth in 2017, up from 44.9 per cent in 2010. Growing up with such wealth, the millennials are considered non-savers. The report stated: “Comprising 16 per cent of China’s population today, this consumer cohort is, by our projections, going to account for more than 20 per cent of total consumption growth in China between now and 2030, higher than any other demographic segment.”

Moreover, the Chinese millennials have a strong ownership desire. There are four reasons for Chinese millennials to purchase a product. First of all, they look at the quality of goods. Secondly, they look at brand recognition. Furthermore the product has to be consistent with their circle of friends. Lastly, the product has to show off their social status. Noteworthy is that Chinese millenials show distrust of international luxury goods. 89% of young people think that luxury goods are worthless. They prefer to buy Chinese goods, only if there is no equivalent in terms of quality or brand they will buy foreign goods.

The British human resources company HAYS recently surveyed the life and work concept of new generations in several countries around the world, such as the United Kingdom and China. One of the most impressive conclusions is: Money or personal wealth is the highest pursuit of Chinese millennials, while other countries’ peers pay more attention to getting satisfaction and enjoyment from work. 64% of Chinese respondents said that “personal wealth” is what they are most eager to achieve in the workplace.

How do these differences influence the future of China?

According to Goldman Sachs, the Millennial Generation’s average annual income increased from $5,900 in 2014 to $13,000 in 2024. Undoubtedly, these young people will become the future of China’s consumption. Their consumption concept, willingness to consume, and spending power will strongly impact the future consumer market and even the transformation and upgrading of the economic structure.

Their world experience, digital life and ambitions will result in a lot of innovation and change. Sectors will be disrupted. Industries will be redesigned. Technologies will develop rapidly. Boundaries will be pushed. The uncompromising character of these Chinese millennials motivates them to earn money to support their own lifestyle. However, they will combine this with their ambition to make a change.

What to expect of Chinese millennials in the future of China?

In total, there are around 400 million Chinese aged between 15 and 34 years old. They are born  between the year 1980 and the year 2000. A time period that is marked by the introduction of the one-child policy These differences will likely create a merge between traditional values and modern behaviour. Their solitary international upbringing, access to wealth and desire to have an impact will enable them to use the western methods if it serves their business needs.

If anything, the younger generation of Chinese are loyal. Their modern mindset, curiosity and entrepreneurial spirit will reshape the economic landscape and might lead to a variety of technical and perhaps even social revolutions. However, we believe the way they do business will be influenced by their loyalty to their country, culture, convictions and family. After all, they will soon experience the weight of responsibility. The effects of these responsibilities will shape the views of this generation in the future of China. Nonetheless, it remains unavoidable that certain aspects of Chinese business will change.

The moment our client asked us if we can squat like a Chinese person, showed us a glimpse of the changes in the future of China. The Chinese millennials will be curious, extremely digital and knowledgeable. They will not hesitate to implement western methods if they believe it helps their goal. However, do not mistake this willingness for a different mindset. They will, above all, continue to do business in a Chinese way. They will follow their own convictions to reach their goals and expect trust before building a lasting relationship.

Alexander visited China for the first time in 2002 to visit the province where his sister was adopted from. In 2017, Alexander joined the 1421 Consulting Group team as Growth Manager. He helped prepare the team for extra growth by aligning processes and people to a common goal and implementing a structured work method. Furthermore, he became responsible for the ongoing marketing activities. Executing this content strategy is the foundation on which 1421 has experienced growth in the past years.

Care for Chinese Elderly will Take Care of your Pension