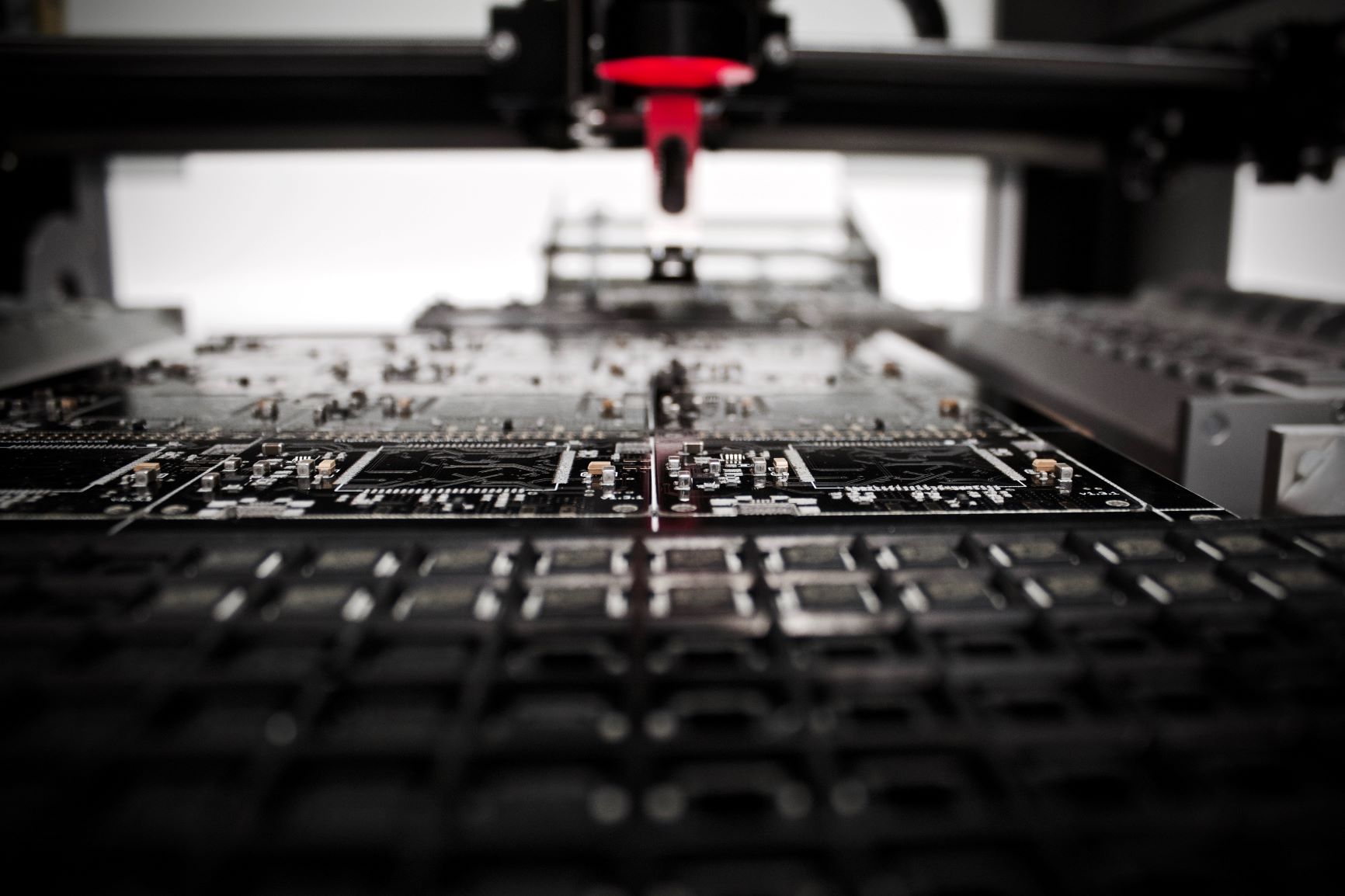 The robotics industry in China is one of the biggest in the world. China currently ranks 23rd worldwide in robot density (the number of robots per 10 000 workers). Their rank is bound to increase during the next few years. In fact, the sale of industrial robots in China accounted for 35.6 % of the global sales in 2017.

The goal of this article is to provide an overview of the current situation of the robotics industry in China as well as providing information about its future, opportunities and challenges.

The current development of the robotics industry in China

By 2020, China will be producing 150 000 industrial robots annualy. Furthermore, the country will have over 950 000 industrial robots in action. This recent boost in the robotics industry is a direct consequence of the Chinese government’s “Made in China 2025” strategy. According to this strategy, China aims to be competitive in advanced manufacturing to boost innovation and promote domestically produced products in order to be less dependent on foreign companies.

To reach their goals, the Chinese government is supporting many robotics start-ups in key industries including automobile manufacturing, electronics and logistics. The support comes in the form of programs and incentives, such as tax relief and subsidies for R&D.

In effect, the number of companies involved in robotics manufacturing has sharply increased from 800 in March 2017 to almost 6500 at the end of the same year. This boost means that competition is getting tougher and that many new industries are evolving with some already in the maturity stage.

One of the fastest developing industries in China is the logistics industry, and automation is the name of the game. Autonomous mobile robots and automated guided vehicles used in logistics applications are expected to enjoy a massive growth in the next years. To illustrate, sales are expected to exceed $3 billion by 2022.

STO Express, one of the largest delivery companies in China, developed a smart warehouse with a fleet of more than 300 robots. These robots have allowed them to reduce the use of manpower by 70% and increased their efficiency by 30%. One of STOs goals is to use this technology across warehouses in China, especially in their bigger centres. Currently, STO has not announced any plans to expand abroad.

Another great example is JD.com. JD.com, or Jing Dong is the second largest e-commerce company in China. Due to an increase in labor costs and persistent and increasing labor shortages in China, JD invested in 20 autonomous-delivery robots in 2018. By February 2019, they had over 50 driverless ground vehicles in China. These robots are the size of a small golf cart and are equipped with cameras and sensors to help them navigate their surroundings. They have the capacity to deliver goods within a 5 kilometers radius. JD wants to tenfold its sales by 2030 with the help of AI and robots.

JD’s ambition does not stop in China. In February 2019, the company signed a deal with Japanese peer Rakuten. Jointly, they will test JD’s robot’s technology to deliver last-mile deliveries in Japan. 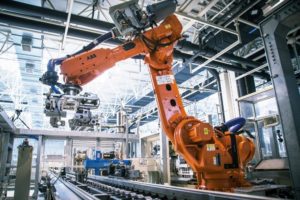 Since 2013 the Chinese car industry has been the biggest one in the world. The use of robotics in the automotive industry in China is very prevalent. The industry uses around 500 robots per 10.000 workers.

By comparison, most other manufacturing sectors use less than 50 robots per 10.000 workers.

One of the most famous car producers in China, Geely Auto, recently opened their smart manufacturing plant. This plant is one of the most advanced in the world, with over 70% of the work being done by robots. Some parts of the production are fully automated, and this has helped them to ensure a consistent production and quality.

As a side-note, Geely became the largest stakeholder in AB Volvo in 2010. Consequently, Geely has implemented Volvo standards of production within their value-chain allowing them to realize their biggest growth in 2016 with a 126 % jump in profits.

Opportunities for the robotics industry in China

As mentioned before, the Chinese robotics industry has a bright future. The “Made in China 2025” strategy is not the only factor driving the robot revolution. Other key drivers are the rise of Chinese labor costs, the shortage of skilled workers and the aging population.

With the purpose of modernizing the Chinese economy , Currently, this number stands at 68 per 10 000 workers compared to over 300 in Germany. Leading the way, the Guangdong province is currently investing $150 billion into industrial robots and new automation centers. Therefore, with other provinces following the trend, it creates many opportunities for Chinese and Western companies to develop the market and set themselves as leaders.

Another place with many opportunities is the GBA or Greater Bay Area. The main area of competition is robotics as the GBA is an international innovation and technology hub. Economists predict that the GBA could generate a record amount of foreign capital inflows of up to US$125 billion into China’s stock market in 2019.

Moreover, the Guangdong province invested roughly $150 billion into industrial robots and new automations centers. Consequently, the Southern part of China offers many opportunities for either Chinese companies or foreign ones.

Challenges for the robotics industry in China

Firstly, the biggest challenge for Chinese robotics manufacturers is to catch up with the Western companies. In fact, foreign companies account for 75 % of the total sales within the Chinese market. One of the main reasons is that China’s industrial base is weak because of the lack of knowledge. Foreign companies mainly perform better in manufacturing core components for precision machining.

The future of the robotics industry in China

Due to the “Made in China 2025” strategy the robotics industry in China has a bright future. The potential for companies to scale up is huge because of the scale of the market, but also because the Chinese economy is heavily industrialized.

The ambitions are big, however so are the challenges. First of all, China plans to tenfold the number of industrial automations operating in the country to 1.8 million units by 2025. Secondly, the country wants 70 % of robot’s used in production in China, also be manufactured domestically. Currently, only 30 % of the robots used in China are also manufactured there. The last goal is the ambition to have at least one or two Chinese robotics manufacturers companies to rank in the top five in the world.

To conclude, it is clear that the robotics industry in China is full of opportunities for foreign companies to bring their know-how. With the help of incentives and different advantages, setting up your company in China might be more beneficial than you thought. If you are interested in having more information about the industry or how to set up your business in China, feel free to contact us anytime!

This article was written by Benoît Renéry, who contributed as an Intern at our Beijing office.