The Circular Economy in China 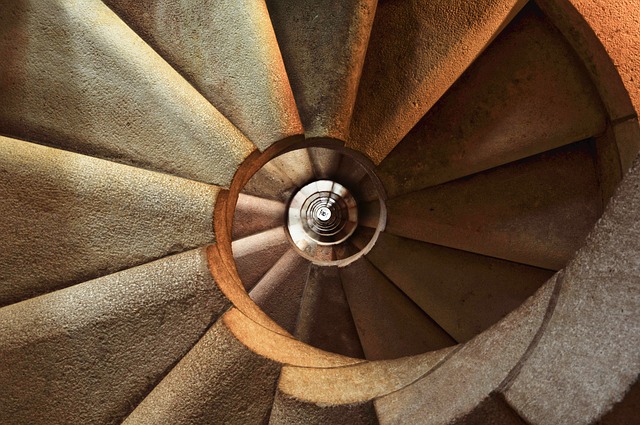 The Circular Economy in China

China was one of the first countries to promote a circular economy by taking measures to tackle waste and pollution. Nevertheless, China is still one of the most environmentally harmful countries in the world. Recently however, the Chinese government has introduced new national and regional regulations to promote the circular economy in China. Additionally, China has signed deals and agreements with the European Union (EU) to collaborate on creating a circular economy and to share knowledge and best practices on sustainability.

The goal of this article is to provide you with a global overview of the circular economy in China. Firstly it discusses China’s largest waste producing industries and how the circular economy could benefit them. Secondly, it will discuss the rules and regulations that have been adopted together with the goals of the government. Finally, it will elaborate on the global cooperation between EU and China.

China has become the world’s largest e-commerce market with around 610 million online shoppers. This number represents around 76% of China’s 802 million internet users. With the quick development of rural areas, the current trend of shopping online and a more affordable internet access, this number is bound to increase over the next few years. E-commerce generates more than 80% of parcels shipped in China. By 2023 in China the number of packages in the logistics sector is predicted to skyrocket to an astonishing 192.3 billion compared to 51.8 billion in 2018.

The circular economy is not easy to implement in such a big industry. It faces many challenges due to the poor predictability of material streams. Furthermore, the packaging usually has a low financial value. Integrating the complete value chain is difficult due to the diversity of packaging materials and the varying quality of these materials.

Moreover, digitalization can play a key role to enable to the Circular Economy in the logistics industry. Digitalization will allow for the optimization of the supply chain by analyzing the huge amount of data generated by the internal operations. This can lead to better decision making. Consequently, digitalization can reduce costs as well as waste.

China is the largest producer of textile in the world. The country is responsible for more than 40% of the worlds textile and clothing exports. However, the industry is facing a decline in its growth and China is losing market share in the industry to southern Asian countries, where the labor costs are much lower. Even if China is losing the race, the textile industry is still one of the biggest industries in China. Applying the circular economy could offer many opportunities.

Again it will be difficult to apply the circular economy to the textile industry in China. First of all, if someone wants to donate clothes the clothing must be in perfect condition. Otherwise, the clothing will not be accepted and thus not reused. Furthermore, there is a lack of standardization and regulation for the collection of textile waste. There is no clear categorization of recyclable materials, and there is no standardization on how to process them. Reuse and recycling are key stages in the circular economy.

72% of the Chinese textile manufacturers see benefits in applying a circular economy in their businesses. Moreover, an increasing amount of people support and demand greener production processes as well as start to the recycle their old clothes. Therefore, clothing companies taking steps forwards by involving their customers and promoting the circular economy can create a social competitive advantage over their competitors.

The food industry is an industry known for the amount of waste that it generates. It is often said that if only a small percentage of the current food waste was not wasted, it would be enough to feed everyone on the earth. The circular economy is the solution to tackling food wastage and the Chinese government has understood it.

One of the main reasons why China has a large amount of food waste is the sharing culture. Chinese tends to load the table with endless plates. Most of the time, there are many leftovers and this consequently creates waste.

The Chinese government had no choice but to take action to tell Chinese not to over order. For example, this message can sometimes be heard in the metro. The implementation of a circular economy will begin by charging restaurants for the waste they produce, in order to deter them from creating a lot of waste.

Another initiative to promote the reduction of food waste comes from an innovative company called XiaoHuangGou (XHG). XHG operates smart bins which accept various types of waste, and rebates clients directly to their WeChat wallet. The amount people receive is based on the ongoing market rate of the recyclables and on the weight of their trash.

Many laws have been adopted in the past years to support the shift to a circular economy. Most of these laws are very industry specific, therefore we will focus on the main laws that contribute to the overarching aim of the Chinese government to implement the circular economy.

The first major law regarding the circular economy is the Circular Economy Promotion Law, which came into effect on January 1st, 2009. This law emphasizes on the recycling of packaging material and encourages manufacturers to use recyclable materials in their packaging. The law also outlines standards for the design of product packaging to prevent waste of resources and environmental pollution caused by excessive packaging.

The second major law is a part of the 13th Five-Year plan and outlines the Extended Producer Responsibility (EPR) Framework. This framework will be implemented in 2020 and the aim is that all relevant laws and regulations will be finalized by 2025. The goal of the EPR framework is to make manufacturers responsible for the entire lifecycle of a product.

Moreover, China has set national goals for waste reduction and the circular economy. First of all, 50% of all used packaging material must be biodegradable by 2020. Furthermore, 50% of all waste must be recycled by 2025, and new products must contain 20% recycled materials. Finally, China established several industry specific goals. For example, a socialized packaging recycling system will be established by 2020. It means that with government support, the logistics industry will establish a general process for the recycling of packaging material used in B2C transactions. All the different steps of the process must be outlined and all different players such as manufactures and recycling companies must be integrated in the process.

Cooperation between the EU and China

The first agreement between the EU and China is the “Memorandum of Understanding on Circular Economy Cooperation” and was signed in July 2018. This memorandum will initially last for five years, and has the objective to align the EU and China on policies that support the transition to a circular economy in order to unlock new sources of economic growth and innovation, while benefiting people and the environment.

One of the major focus areas of the deal is to tackle plastic waste, as well as packaging waste. Both are large problems for Europe and China.

The latest reinforcement of the deal happened between the 1st April to the 3rd April 2019 when an EU delegation visited China to deepen EU-China bilateral relations. The discussions were related to accelerate and respond to the common plastic waste and packaging waste challenges while supporting a global transition to a resource-efficient circular economic model.

To conclude, although China has been a pioneer of the circular economy, there is still a long way to go. Eventually, China will benefit from having a more circular economy which will create many opportunities for foreign companies and governments who already have implemented a successful circular economy model. If you are interested in having more information about the subject, feel free to contact us anytime!

This article was written by Benôit Renéry, who contributed as an Intern at our Beijing office.