A Synopsis of the Belt and Road Initiative 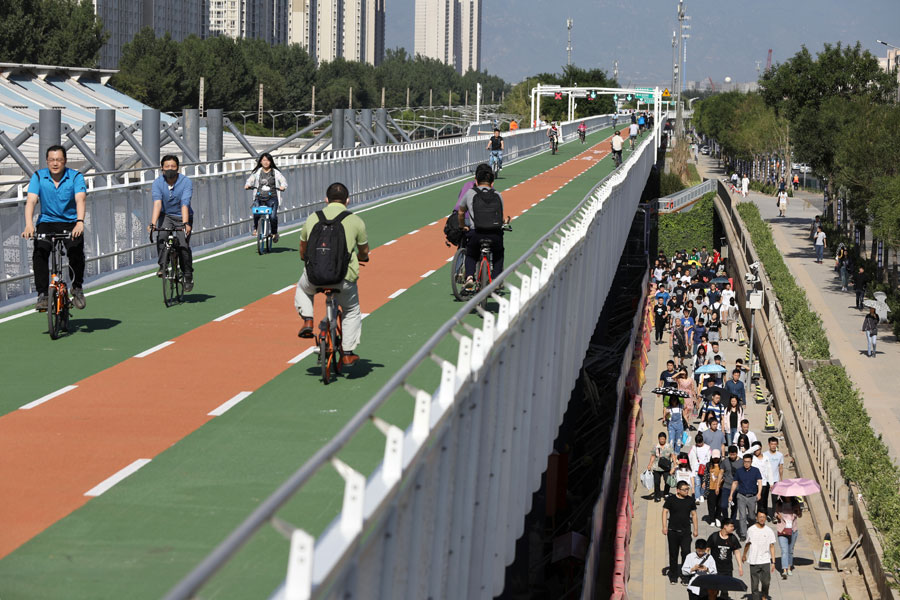 A Synopsis of the Belt and Road Initiative

The Belt and Road Initiative (BRI) is an ambitious development strategy of the People’s Republic of China involving many nations. President Xi Jinping first announced this “project of the century” in September and October of 2013 to strengthen cross-border trade among countries in Asia, Europe, and Africa. The initiative is supposed to be completed on the centennial anniversary of the People’s Republic of China in 2049.

The geography of the BRI has two main parts: a “Silk Road Economic Belt” and a “21st Century Maritime Silk Road.” While the “Belt” will stretch across the Europe and Asia, the “Road” will link coastal ports in China with ports along Southeast Asia, the Indian Ocean, the Middle East, Africa, and the Mediterranean Sea. In addition, there are six land-based “Economic Corridors” of the Belt and Road, as shown below:

With US$900 billion of announced investments for building roads, bridges, ports, railways, gas pipelines, power plants, and educational institutions in more than 85 countries, it is one of the largest infrastructure development campaigns in history.

Development of the Belt and Road Initiative

To finance the initiative, the Chinese government in December 2014 set aside US$40 billion to establish the Silk Road Fund for lending to regional businesses. A year later, China with 56 partnering countries, founded the Asia Infrastructure Investment Bank (AIIB) with US$100 billion to lend specifically to infrastructure projects. Since then, the AIIB has maintained the highest credit ratings by Standard & Poor’s, Moody’s, and Fitch, becoming a potential rival to the Asia Development Bank and the World Bank for governments seeking capital.

International support for the initiative has gradually increased throughout the years, although not without challenges. China has hosted two Belt and Road Forums (in May 2017 and April 2019) to better communicate the plan and its development. The attendance of the two events included 29 and 37 heads of state, respectively.

However, concerns over China’s transparency and geopolitical agenda have kept many countries such as the majority of the EU from fully supporting the initiative. In December 2017, when the Sri Lankan government couldn’t pay back the money borrowed, they resorted to handing over a strategic port to China under a 99-year lease. This event sparked criticisms in the international community characterizing the BRI as a predatory “debt-trap diplomacy.”

Worries regarding the debt burden and ability of repayment have caused Pakistan, Myanmar, Malaysia, Bangladesh, and Sierra Leone to cancel previously planned infrastructure projects. Despite these setbacks, to date, China has signed 173 cooperational documents with 126 countries and 29 organizations, with Italy recently being the first European country to formally join the initiative in March 2019 followed by Switzerland.

In recent years, the area of the project has expanded into Latin America, Oceania, and even through the Arctic Ocean as a route to the Netherlands. Additionally, in March 2015, the Chinese National Development and Reform Commission announced the agenda of a “Digital Silk Road,” proposing major technology transfers to developing countries along the Belt and Road.

As part of this program, China successfully expanded its own satellite navigation system in a project named the “Space Silk Road.” With 33 satellites in orbit at the end of 2018, the Chinese BeiDou Navigation Satellite System reached global coverage ahead of schedule, ending China’s reliance on the US Global Positioning System. By providing Belt and Road countries with positioning, navigation, and timing services, the project gave rise to a new, US$40 billion service industry.

Prospects of the Belt and Road Initiative

The chances of success of this project has been a matter of intense and ongoing debate. Obstacles to calculating the potential returns of this initiative include the loosely defined nature of the BRI and the relative lack of transparency. To date, there is no determined set of rules for whether a project is included or not. To add to the uncertainty, the exact number of projects and the status and timeline of some projects are not readily available.

Political instability in regions such as the Middle East and East Africa pose another threat to the success of the initiative. Currently, the People’s Liberation Army and Chinese security forces lack the capability of single-handedly defending the infrastructure investments in these regions in the event of open conflict. Whether China and its allies could successfully defend these corridors remains uncertain.

Lastly, the overall success of the BRI depends largely on the cooperation of regional governments and interest groups, which often are at odds with one another. The various governments and populations potentially affected by the BRI face differing and often complicated macroeconomic conditions incentivizing them to separately support or oppose the Chinese-funded projects. Without the cooperation of local entities to assist and accommodate the Belt and Road projects, the potential returns could be low or even negative. Undeniably, a poorly executed Belt and Road Initiative could be detrimental to the socioeconomic environment of the regions involved, hindering future development in these regions.

The Chinese government has been encouraging the participation of foreign companies on the Belt and Road projects, seeking the advanced technology and expertise of Western firms. A Chinese official recently said in a seminar promoting international cooperation, “the Belt and Road Initiative is not a private path of one party, but an avenue of sunshine for everyone to go forward hand in hand.”

Although Chinese enterprises continue to win most of the manufacturing and construction contracts, opportunities exist for foreign companies in sectors where they have maintained competitive advantages, such as consulting and financial services. Some specific opportunities for Western enterprises include selling technology assets, offering additional financing, supplying advanced products, and providing operational, legal, and technical know-how.

Without ignoring the potential risks, a successful Belt and Road Initiative can open additional doors for foreign businesses. Opportunities may arise from the reduction of cross-border trade costs resulting from new transportation and energy infrastructures. A research conducted by the World Bank estimates that a completed BRI can reduce aggregate trade costs by 1.1 to 2.2 percent globally, and by 1.5 to 2.8 percent in BRI economies. This, in turn, can lead to manufacturing and supply chain efficiencies for both domestic-market and transnational enterprises.

In addition, a successful BRI can bring about a general rise in living standards and an increase in consumer spending and foreign investments. Specifically, successful infrastructure investments can lead to growing foreign markets for goods and services present in China. On China’s domestic side, investments to build oil and gas pipelines could spur China’s western and northeastern regions to become major centers for imported oil from the Middle East and Russia. These in conjunction with other improved transcontinental corridors in southwestern China can promote further modernization in China’s inland regions, opening additional new markets for businesses to enter.

Despite some initial skepticism regarding President Xi’s grandiose ambitions in 2013, the Belt and Road Initiative has turned out to be a vision that China has made core to its foreign policy and committed monumental resources to bring to fruition. It has captured the attention of the international community, generating considerable foreign interest, prompting both fear and excitement.

As a gargantuan plan with limited transparency, it is difficult to holistically assess the prospects of this initiative in the years to come. Nonetheless, it continues to generate exciting opportunities for businesses to engage in which foreign enterprises should not ignore. Foreign companies considering potential involvement in the BRI should astutely assess projects on an individual basis, considering the partnership, financial, and geopolitical risks, as well as the strategic fit.