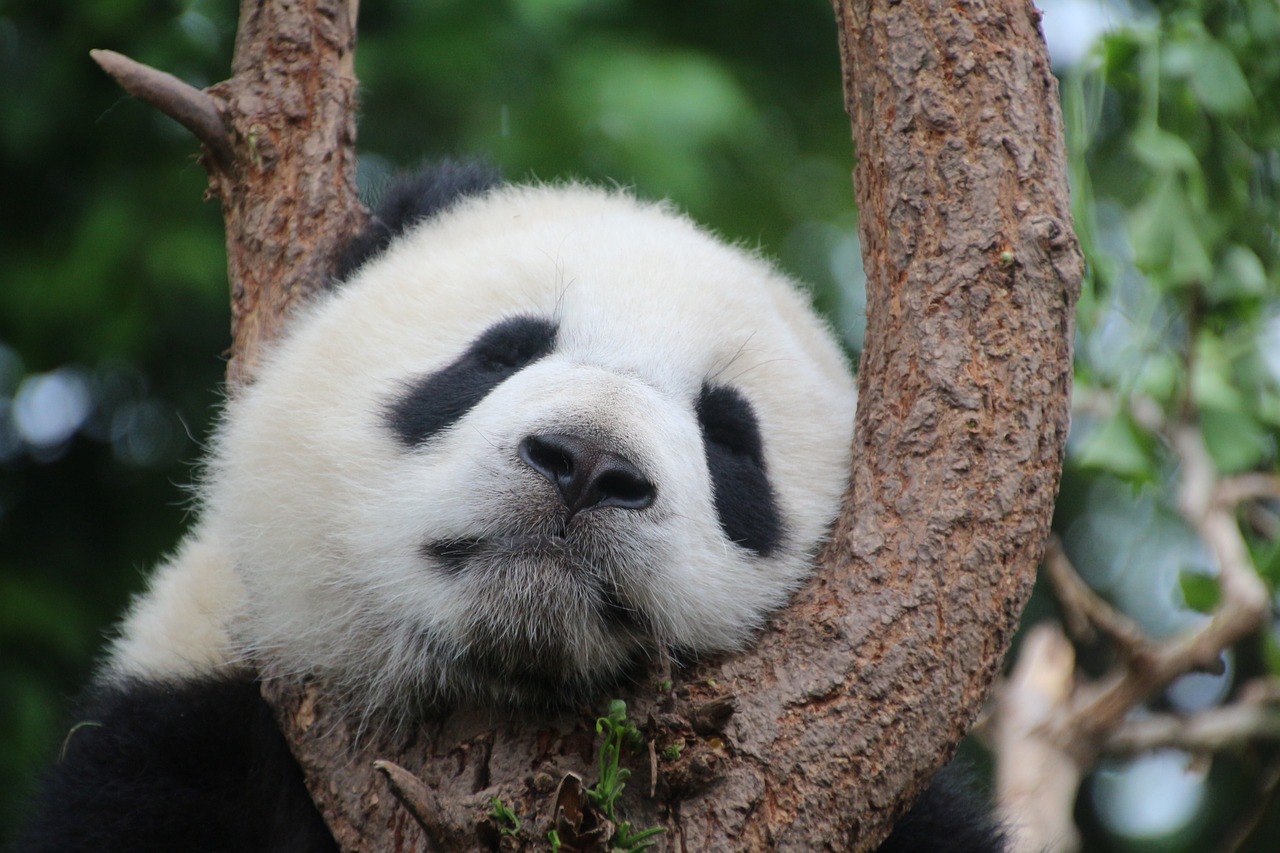 Corporate Social Responsibility (CSR) is a business approach used by various enterprises to be more accountable with their resources to the community at large. It is self-regulating, often voluntary, and sometimes mandated by government policies. Areas of CSR include environmental conservation and sustainability efforts, poverty alleviation, disaster relief, social empowerment, health, education, and improving labor conditions.

These initiatives are not done at the expense of shareholders, rather, good CSR practices continually seek to optimize the economic value of a business by means of delivering social value at an appropriate point of synergy. The benefits of successful CSR initiatives to businesses are multifaceted. From a human resource perspective, it can increase employee satisfaction, engagement, retention, and attract new talent. From a marketing and public relations perspective, it can increase brand recognition, customer loyalty, and garner public support and endorsement, such as from media and government agencies.

Although CSR has seen more than half a century of development in the West, CSR in China is a relatively new concept. With a history of authoritarian regimes largely tackling social challenges, social responsibility was hardly the commission of merchants and traders. When the country adopted a capitalistic “Social Market Economy” in 1978, that legacy undoubtedly had an influence on the initial perception of CSR in China. The social responsibility of companies, as it was seen, is to make money to pay workers; the rest lies in the duty of the Chinese Communist Party.

Not fueled by popular demand, the introduction of CSR in China came from two sources. Firstly, foreign multinational corporations brought them along as they entered the market, focusing initially on ensuring acceptable labor standards. Secondly, in efforts to curb environmental damage at the start of the millennium, the Chinese government increasingly mandated self-regulation practices of “comply or explain” to companies contributing to pollution. Relatively lackluster practices of CSR in China characterized this early period of development until a crucial turning point in 2008.

In the wake of the 2008 Sichuan Earthquake, an unprecedented number of companies came to the relief effort, drawing national attention. Seeing the success of these campaigns, companies increasingly recognized the value of CSR in China as a viable and effective business model. Although compliance continues to be the prime motivator for companies to implement practices of CSR in China, in 2016, 792 companies released CSR reports to the public, compared to only 19 in 2006, demonstrating a general shift in paradigm.

The unique business environment shaped by sociopolitical factors has given rise to distinct best practices of implementation of CSR in China. Such practices include collaborating effectively with government, leveraging online platforms, and engaging with employees and value-chain partners. These three key lessons are outlined below with examples of successful implementation by foreign and Chinese companies operating in China.

Because the Chinese government maintains great control over economic resources, aligning CSR in China with state priorities can be a key component of success in this country. Moreover, in a culture with a high degree of national identity and respect for authority, positioning a corporate initiative under the umbrella of a greater, national agenda can help it to win credibility with consumers.

When China announced in 2009 that it would allocate billions in RMB to increase the country’s forest area by 40 million hectares by 2020, numerous companies responded with complementary initiatives including the German auto manufacturer BMW. BMW China initiated a Green Tree Program aimed to fulfill its commitment to sustainable development and increase environmental awareness. Partnering with the China Green Foundation, BMW planted trees to cover an area of 80 hectares in Chongqing and reached out to consumers to join the effort. The campaign was a success. Matching customer donations, tree for tree, the auto manufacturer reforested an area totaling 667 hectares over the next five years.

Likewise, in 2009, when China announced major plans for healthcare improvement, a multinational Dutch company eagerly followed suit. Philips Healthcare partnered with the municipal government of Shanghai to provide state-of-the-art electronic terminals to ten hospitals. These terminals helped patients track their queue without having to stand in line which reduced overcrowding and improved access to treatment. Working with the Public Health Bureau and other government agencies, Philips created a TV campaign which doubled as an official public service announcement promoting community clinics. These efforts helped Philips win great support from customers and government agencies alike.

The online landscape is another area that companies planning to conduct CSR in China should not ignore. With more than 829 million active internet users relying on an ecosystem of social media, digital payment, and online-to-offline service apps, online platforms in China have a momentous influence on the routine, daily activities of consumers. Following a number of charity scandals, digital fund-raising became regulated under the 2016 Charity Law. With greater transparency to how funds are used, the online segment of philanthropy saw rapid growth in recent years.

Of the approved online platforms, those owned by Tencent Holdings and Alibaba Group collectively facilitate over 90 percent of online donations. Companies partnering with these Chinese tech giants can leverage their vast online presence and advanced services. Utilizing Alibaba’s business-to-consumer website Tmall, and the social media platforms Sina Weibo and Tencent’s WeChat, the British-Dutch consumer goods producer Unilever launched a Small Actions, Big Difference campaign in 2013. Through an integrated website platform, the initiative told the environmental stories behind Unilever’s products. It encouraged Chinese customers to do a variety of small, eco-friendly tasks to accumulate virtual points. These points could then be redeemed for prizes and used to contribute to greater real-life initiatives. To date, the campaign has raised more than 400,000 RMB, interacting with more than 800,000 consumers.

But the potential of leveraging online platforms for CSR is not limited to digital fund-raising alone. For instance, China Mobile, the world’s largest mobile telecommunications operator, created an Online Crowdsourcing Platform giving students, housewives, and the disabled free access to employment opportunities. Participants may work remotely over the internet, without having to leave their homes. The innovative online platform bridged the geographic distance between areas of unemployment and areas of talent shortages, connecting employers with people having relevant skills in marketing and customer services. Free online training is also available to those seeking to build these skills. As a service to the community, China Mobile does not profit from this platform. By 2017, over 100,000 people had signed up as members receiving business development tasks from 26 provinces. On average, each member earned approximately 1,500 RMB per month.

Lesson 3 – Engage with Employees and Partners

A Chinese proverb goes, “Charity should start from one’s doorsteps; almsgiving should begin with friends and family.” This principle applies for CSR in China. While companies commonly look to external stakeholders for CSR needs, there are often overlooked opportunities for internal CSR—or, social impact initiatives targeting a company’s own employees or value-chain partners. In fact, internal CSR can serve as a strategic starting point, adding firepower to a company’s overall capabilities of conducting CSR in China. This effect is further magnified by the relationship-centered culture of China and its engrained norm of reciprocity.

Prior to the maturing of the Chinese capital market, companies often viewed workers as their principal stakeholders when making corporate decisions. Although this perception has since shifted toward a shareholder-primacy perspective, focusing on employees as a company priority can still go a long way. The Chinese technology company Lenovo has a corporate policy in which it promises competitive employee compensation packages and maintaining safe and healthy work environments. Since 2007, Lenovo has obtained OHSAS 18001 certifications in all its manufacturing locations, meeting international health and safety standards. By placing the considerations of its workers at the forefront of its corporate policy, Lenovo was able to enjoy greater employee engagement in its broader CSR endeavors. In 2011, the public relations analyst firm The Holmes Report ranked Lenovo as the third top company in CSR perception in China. In 2018, Forbes ranked it 699th on its Global 2000 list, taking into consideration Lenovo’s social conduct and treatment of employees.

Companies can also build momentum for their broader CSR activities by engaging with partners, such as suppliers and distributors. Over the years, the American soft drink company Cola-Cola built a fast and reliable disaster response system in China by deepening its relationship with partnering bottling companies. Sensing that its bottling partners wanted to engage in disaster-relief efforts but lacked the resources, Coca-Cola China began covering their costs of donated goods as early as 2013. Developing a quick financial approval process, Coca-Cola and its local partners were able to supply water to disaster sites within a 24-hour timeframe, sometimes in as little as a few hours. Within a three-year period from 2013 to 2016, this supply-chain partnership responded to 65 disasters, helping more than a million people. Beyond disaster relief, by 2016, Coca-Cola and its bottlers have collectively contributed more than 270 million RMB to educational and philanthropic causes.

As a country with 18 percent of the world’s population, China is an attractive market for many foreign businesses to enter. There are great potential for the further development of CSR in China. The rapidly growing upper-middle class in China has not only contributed more philanthropic donations in recent years but is caring more for social causes. According to a Nielsen survey conducted in April 2019, 49 percent of Chinese consumers are willing to pay a premium for sustainable products, and 37 percent are willing to pay more for socially responsible products. This growing awareness and demand have incentivized an increasing number of companies to behave as responsible corporate citizens in China.

The three key lessons elaborated above form by no means a comprehensive list of the best practices of CSR in China. Nonetheless, collaborating with government, utilizing online platforms, and turning inward towards employees and business partners have paved successful paths for social impact in the unique Chinese business environment. Although the examples provided in this article highlight brand-name multinational corporations, CSR participation need not be limited to large companies. Among these three suggestions, the idea of internal CSR can be especially suitable for foreign small- and medium-sized enterprises that lack the resources and relationships to launch major external CSR initiatives.

This article was produced by Hanqing Zhao, who contributed as intern at our Shenzhen office.