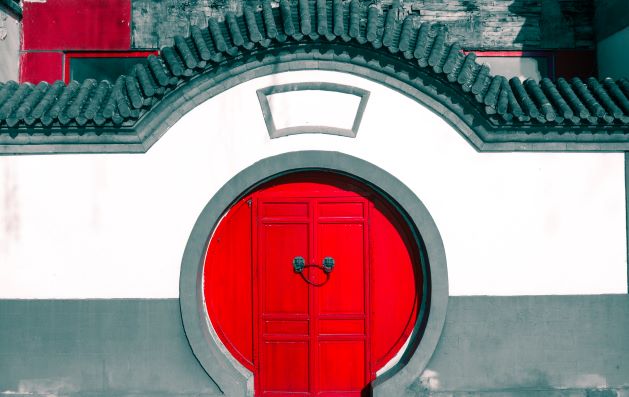 Although it is China who first introduced paper money to the world in the 9th century during the Tang Dynasty, cash is rapidly becoming a thing of the past in modern Chinese society. Whether it is paying for a ride cross town using Didi Chuxing (China’s equivalent of Uber), a delectable Jianbing from the food trucks along the streets of Wangfujing, or an coffee from Starbucks, one handles transactions via mobile phone using Wechat Pay (backed by Tencent Holdings), or Alipay (Alibaba Group affiliate Ant Financial’s online payment platform), which altogether account for 93.3% of China’s mobile payments market.

The estimated volume of third-party mobile payment transactions in Mainland China, amounts to a sum of 152.77 trillion RMB annually. According to global market research firm Ipsos the annual transaction number is 10.4 trillion. Wechat Pay and Alipay have now also outstripped Paypal, the U.S.’s biggest online payments system, by handling more payments in one month this year than Paypal’s $578bn for the whole of 2018.

Chinese consumers have switched from cash to phones without going through the middle steps of utilizing bank cards and cheques, leapfrogging the credit and debit card revolution that overtook the developed countries in the last century. As mobile transfers between individuals are instantaneous and commission free, every type of retailer, from street vendors to supermarkets, is cashing in.

Moreover, the proliferation of cashless payments not only occurs in online purchases but also in the bricks and mortar world. Alibaba’s massive grocery chain, Hema Xiansheng, is the showpiece of what it is known as “New Retail”. The seamless mixture of the best of the in-shop and online experiences. As Hema claims on its official website, “Shopping at Hema is fully smartphone-powered — both from home and in the store.” Hema offers a 30-minute delivery service for its online orders. When consumers are physically at the store, they are able to scan a barcode with their phone to get product information as well as check-out on their own by having their face scanned. This high-tech store caters exclusively to cashless consumers, as payment is completed through the Alipay platform embedded in the Hema app.

Physical cash is essentially anonymous and untraceable and is thus susceptible to playing a large role in crime, including tax evasion, counterfeiting, corruption and bribery. On the contrary, mobile payments leave behind traceable records. Especially with the development of technologies like end-to-end encryption and facial recognition, cashless transactions have the potential to become more secure than ever before.

For instance, before cashless payment systems became prevalent, counterfeit notes were a rampant problem in China. Go back ten years in time, it was not uncommon to see counterfeit bill detectors installed at the cashiers, now visibly replaced by QR code scanners. By limiting the circulation of physical notes, cases of receiving counterfeit notes have greatly reduced in number.

Chinese consumers are starting to store more of their savings within the mobile payment apps. Alipay first offered money-market accounts back in 2013. Its Ant Financial’s Tianhong Yu’e Bao became the world’s largest money market fund in April 2017 when it was managing assets of $165.6 billion, surpassing JP Morgan Chase’s US Government market fund of $150 billion.

It is worth noting that the cashless revolution in China is by no means meant to completely eradicate cash circulation. An ideal cashless China and world could potentially handicap the vulnerable poor, travelers, people with disabilities, rural families and any individual at risk of being scammed. With a total of 602 cases of cash refusal identified in 2018 alone, the People’s Bank of China issued a formal notice clarifying that cash is legal tender in China and refusing this form of payment is illegal. In the notice, it underlines that, “Cash has been rejected for some consumers in tourist attractions, restaurants, retailers and other industries. This damages the legal status of the yuan, and hurts consumers’ rights to choose payment methods.”

Even though cash will not go away completely, there is much potential for foreign businesses in the booming mobile payments systems in China. For example, the loyalty programs are an effective way to retain customers and to encourage them to come back. To take an illustration, according to Bloomberg, “Starbucks recently highlighted that China is its leading market for digital payments, where 80 percent of sales are cashless”. Starbucks tailored a special loyalty program for its Chinese consumers, rewarding them with a star for every RMB 50 they spend. Since more than three quarters of Chinese consumers pay with their mobile phones, it is necessary for foreign business to adapt to this trend and come up with an according strategy.

This article was written by Meredith Sui, who contributed as a Project Team Intern at our office in Beijing. She is a student at Columbia University, and has a special interest in financial services and consulting.