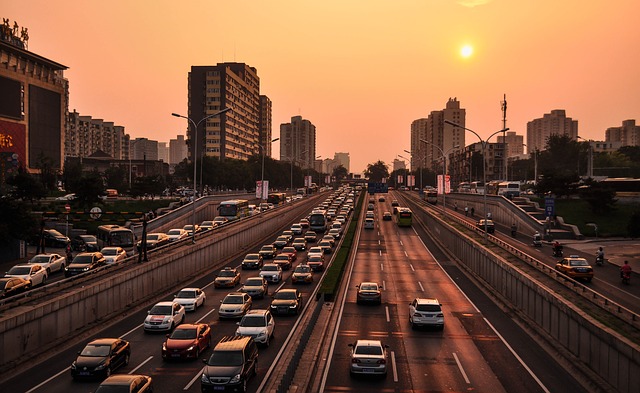 What is an electric vehicle, and why is China leading the market?

There are electric buses, electric bikes, scooters, skateboards, unicycles (for lack of a better word) drones, construction vehicles, and more. In the streets of Shenzhen, home of China’s largest electric vehicle company BYD, people are using many non-traditional means of getting from point A to B without the aid of fossil fuels, or heaven forbid, walking. So why is China leading this vehicular revolution? Where is the Silicon Valley innovative drive from America, or the speed and reliability of German engineering?

So, with a market underserved, the world’s greatest manufacturing hub got to work making batteries, and things with 1-6 wheels that move.

In large Chinese cities, such as Beijing, Shanghai, Guangzhou, Shenzhen, etc., buying a car is not as simple as… buying a car. There is a long, or if you are impatient, expensive waiting list to receive a license plate. However, many cities have now adopted a policy of fast-tracking all fully electric vehicles into receiving a license plate without having to wait or pay an additional fee.

One of the largest driving factors of demand in China are the benefits that are offered by the government to boost the amount of electric vehicles in China. However, as always, with the carrot comes the stick. In Shenzhen, nearly all taxis must be electric, and this policy is beginning to be implemented in other major Chinese cities as well. Traditional gasoline taxies are banned and unable to receive a license. Remarkably however is that this is not the case for DiDi or ride sharing apps.

As part of the government led push in around 2010, the CCP implemented generous subsidies in order to promote consumers to purchase electric vehicles. These amounted up to 66,000 RMB and created a huge boost in consumption and production. While this did create a lot of activity, the vehicles that were being produced began flooding the market with low quality vehicles that would not meet international safety standards. Furthermore, it created overproduction and too many brands Too many brands actually weakens China’s position, as few have been able to reach the critical mass of production needed to produce a high quality and profitable car

Therefore, the government has since been scaling these subsidies down, and attaching rules to them as well. For example, if the vehicle’s range is under 150 kilometers, there are no subsidies. If the range is at or over 300 kilometers, the subsidies remain unaffected. Many expect that the subsidies will be either be further reduced or eliminated by 2020. There were also a vast battery of production subsidies, however those were only available to Chinese producers. Recently, these subsidies have been eliminated, and now foreign producers have a more equal playing field to compete in China on.

Infrastructure for Electric Vehicles in China

These subsidies no doubt affect the Chinese market, and definitively have had a significant impact on the fact that more electric vehicles were sold in 2018 in China than in the rest of the world combined.

How can you reasonably expect growth in the electronic car industry if there are no charging stations?

Currently, all foreign car manufacturers must enter into joint ventures with local Chinese partners. This has caused a lot of friction in the past due to forced technology transfers that inevitably resulted in stolen IP and knockoff car brands. This rule applies to all foreign car manufacturers, except for Tesla. Recently Elon Musk’s company got green lit to break ground on their new Gigafactory in Shanghai. This is yet another example of the government treating electric vehicles as special and assisting producers in achieving success in the market. In fact, all foreign electric vehicle manufacturers will no longer have to enter into joint ventures by 2022.

China’s own luxury electric brand, NIO, was positioned to be the “tesla killer”. Their plan was to offer luxury electric cars at a discounted rate. Tesla is absolutely crushing them though, and NIO is consistently losing millions in low sales and recalls due to short circuiting. Meanwhile, Tesla’s Shanghai Gigafactory, the first wholly own foreign car factory in China, allow the company to produce their cars for less than the cost of transporting them into China. They are going to continue to succeed in the Chinese market, even despite the slowing car sales.

Other Foreign Brands in China

Volvo, following in Tesla’s footsteps, is also building a luxury electric vehicles in China. Their new model, the Polestar 2, will be built in China and shipped to the world. It is a sleek looking five door fastback. Audi, through their joint venture, will also start producing their own electric vehicles in China starting in 2021. The same goes with BMW, who with their own joint venture partner are opening up a new plant in China capable of building 160,000 electric cars a year. And Volkswagen group will soon have two plants built that can produce 600,000 electric cars a year.

It may seem out of place for the Chinese government to allow foreign brands to compete in China while domestic brands are currently suffering. However, actually this is a clever strategy. Tesla will create a true international benchmark domestically in China. The Chinese brands which have been relying on government subsidies will fail, and the brands that can stand on their own will have to adopt to a new, more competitive environment. By separating the wheat from the chaff, China aims to create their own domestic brands that will be able to compete internationally.

BYD not only produces electric cars, selling more than any other Chinese company, but also fully electric city busses. They have a smaller range and are more expensive than traditional diesel buses, however at the same time they have lower maintenance costs and have zero emissions. 50,000 BYD busses have already been sold globally (although the vast majority in China) and it continues to be a disrupter in what had been a fairly stable market for decades. Of course, there have been hybrids and natural-gas powered busses, but fully electric busses are fairly new.

BYD also manufactures street cleaning vehicles, trucks, and construction vehicles, all fully electric. Are they cheaper than traditional large scale vehicles? no way. Do they have savings in the future from maintenance costs? Maybe. What is most valuable though is the zero emissions and minimal noise, making cities more comfortable to live in.

Other Electric Vehicles in China

China has 99% of the world’s two-wheeled electric vehicles. These are, if they meet the requirements from the Government, classified as bicycles, and as such do not need to be registered or require a license to operate. These look like small motorcycles, and are often used for the large army of food delivery vehicles or by people going short distances.

However, two-wheeled vehicles are not always practical in large Chinese cities where distances are relatively far. For most, the main mode of transport still is the public transport. Therefore, the main niche that needed to be filled in the urban Chinese environment is closing the gap between the subway or bus station and the office or apartment. While shared bikes are an option, it can be challenging to find one outside of a subway station, and they come with other user-unfriendly issues as well. Therefore, tens of thousands of Chinese people have been using either small foldable standing scooters or a single-wheeled self-balancing unicycle that you also stand on. These can be brought onto the subway, into the office, and then carried into your apartment without taking up much space.

It is no secret that there are more brands and producers in China than the market can absorb. The subsidies offered by the government since 2010 and overenthusiastic venture-funding created hundreds of startup electric vehicle companies to appear in China. Couple this with the established car brands now taking their electric models more seriously and you have a lot of competition spread over a lot of players. Over the next few years, up to 80% of the current start-ups will probably disappear. However, companies failing does not mean the concept of electric vehicles is failing. It only means that a lot of people recognized it’s potential that they oversaturated the market. This speaks more about human entrepreneurship than it does about the viability of electric vehicles in China.

The sales of traditional fossil fuel private cars already peaked in 2017. Sales of new vehicles have been declining ever since, and will continue to decline until they are more of a hobby than a serious method of transportation. We do not mean to suggest that the electric vehicle is not the savior of mankind, and to assume everybody will have an electric car in the future is like people in the 19th century assuming everybody will have a horseless carriage. That being said, electric cars are the next step in our transportation evolution and China is correct to embrace it. The technology of electric vehicles will only get better, increasing the range and efficiency, and the price will only get lower. There are lots of opportunities in China to join the electric vehicle market, as a producer, an exporter, and everything in-between.

If you have any questions about the electronic vehicle market in China, how you can join it or invest, please contact us at info@1421.consulting.