At the beginning of 2020 the COVID-19 pandemic started in China. The virus was first discovered in Wuhan at the end of December 2019. However, it had spread throughout China by the end of January 2020. The Chinese government initiated a country-wide lockdown, which was eventually partially lifted in several provinces depending on the severity of the spread of the virus. The city of Wuhan, where the outbreak started, was only lifted out of lockdown on April 9th 2020, 77 days after it was initiated.

China now has the virus under control. Although the prevention measures in most of China were not of the same duration or severity as in Wuhan, the outbreak of COVID-19 has had an huge impact on the Chinese economy. The country is getting back to a “new normal”. In this article, our consultants give their predictions on how China’s economy will change post-COVID-19. 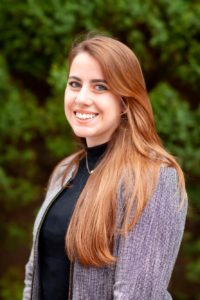 Although COVID-19 has led to the worst GDP growth China has seen in 44 years, there are glimmers of hope on the horizon as the country emerges from the crisis and starts walking the path towards economic normalization. Businesses are back to work at a rate of 86.2% according to the Trivium National Business Activity Index which monitors overall activity for businesses across mainland China.

While this is a positive sign that the economy is on the right track to normalizing, it will not stimulate a return to pre-COVID-19 spending levels from domestic or international consumers. Consumer demand will cautiously increase, but not reach normal levels until it is clear that there will not be a second wave of infections and city lockdowns. Throughout April and May it became apparent that while foot traffic in shopping centers and consumer spending gradually increased, consumers are saving more than usual due to economic uncertainty, fears surrounding job security, and the possibility of a second wave of infections leading to the return of travel and work restrictions in cities.

The Party has indicated that they feel the economic relief measures put in place are adequate in lessening the burden of economic hardships faced by businesses and individuals. Although the loan deferments and tax breaks for small businesses will continue, it is unlikely that we will see a large stimulus package in China similar to what is being discussed in the West. Furthermore, the Party has made it clear that businesses must still plan to meet their environmental targets for the year and will not sacrifice the environment for economic growth as has been done in the past. This show of strength indicates optimism from the government that things are on the right track to economic normalization which will hopefully translate into optimism from businesses and consumers that can help drive the growth needed for recovery.

Certain industries such as travel and tourism, sports, and non-digital education solutions will struggle to find footing after facing irreparable damage caused by the virus. Although China is now re-opening and cautiously resuming work and domestic travel, the new normal will operate differently in a society that fears a second outbreak and values their overall protection and health over personal life enrichment. Businesses in these fields must create flexible digital solutions and assurances to their customers that instill confidence before they can begin to see recovery.

Continued Decline of Manufacturing Base

Due to the incoming global recession, consumer products sourced from China will continue to decline. Many factories are shifting to producing medical products at the moment, and after the crises is over, or if that market gets oversaturated, the factories will have trouble finding or replacing the consumer market from the West. However, the medical equipment factories that establish themselves will have a stronger base than ever. Wearing masks when outside is not going to be a temporary fad, and will continue for years to come.

This is supported by no evidence, and is more of a hope than it is an actual prediction. The COVID-19 virus, just like the SARS virus, was the result of unsanitary agricultural conditions in wet markets. One would hope, that instead of just banning unpopular animal consumption, like how Shenzhen banned eating cats and dogs recently, real sanitation policy will be enacted and enforced. The way that protein is produced and sold needs to be changed, so that we do not accidently create a super virus worse than the one we already have now. This is a worldwide phenomenon as well as a Chinese one.

China gained a lot of international prestige through their domestic control of their COVID-19 cases, but also created a lot of friction with their increased influence over the WHO, which has led to decreased trust in the organization from outside of China. They have also been very aggressive to calls for inquiry from France, Australia, the Netherlands, and other states, all of whom have been threatened over the last few months with trade boycotts, or being black listed from medical trade by official State Run outlets. China is strengthening ties with some Eastern European states like Hungry, as they are much more willing to accept Chinese conditions for receiving medical goods. 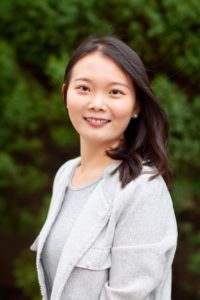 Domestic demand will be stimulated

The COVID-19 is still spreading around the world, although China is gradually getting back to work. Currently, because of this situation, China must cope with the loss of foreign external demand. Recently, more than 50 cities have issued billions of RMB in vouchers to their citizens to stimulate a rebound in consumption. China’s post-virus economic re-development could be centered around stimulating domestic demand. As the world’s largest independent consumer market, this also could be one of the biggest guarantees that China will not fall into recession.

Recovering the manufacturing industry & managing the risk of De-Sinification

After decades of globalization, an economic pattern of “Chinese production and world consumption” has taken shape. China is unquestionably the world’s largest manufacturer. However, COVID-19 has proved that the high degree of globalized supply chains and distribution networks was, although highly efficient, highly vulnerable to disruption. Currently, China’s export-oriented companies are struggling to secure new orders, and even some already signed have been cancelled. The longer the outbreak lasts, the more detrimental it will be to the China’s export-oriented manufacturing industries. Moreover, during the outbreak in order to reshape country’s manufacturing sector and supply chain, the US and Japan have declared “relocation costs” for the returning manufacturing firms. Therefore, I believe that how to recover (or reshape) the manufacturing industry, while managing the risk of de-sinification in the long term, will be one of the major post-virus business and economic trends in China.