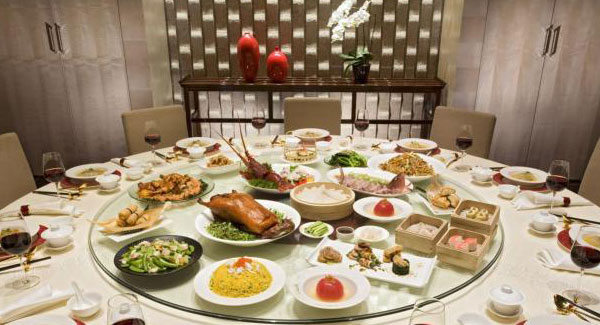 Business negotiations in China can be a challenging task. Chinese are strategists who see business as battle. Many Chinese businessmen and –women use the teachings of Sun Tzu for negotiating. In “The Art of War”, Sun Tzu describes strategies for war.

Becoming successful with business negotiations in China can be split up in three main stages. The first stage starts at home. Preparing yourself will optimise your chance in succeeding. The second stage happens at the meeting, either in China or at home. The third stage takes place after both parties have returned home. This article will focus on stage two. It provides important tips and tricks during business negotiations in China.

What are the six most important aspects of business negotiations in China?

We also wrote an article on preparing for negotiations in China, read it here.

Setting goals in life is important. Setting goals for business negotiations in China is crucial. Without clearly defined goals, you will return home with entirely different results than you would have hoped for. To western people, the Chinese seem to change their plan often. Although it seems illogical, you can presume that they wanted to end at their “changed plan” from the beginning.

With set goals, you can steer the negotiations in the direction you desire. You are the captain of your faith. When in doubt about how realistic or “Chinable” your goals are, then have them checked by an expert.

Leave your believes at home

All of these believes are useless to your end goal and they are potential risks to your success. For which reason are you in China? Convincing people of your believes, or reaching a successful deal in China? Always keep this in mind.

Give and receive face

Giving face (MiànZi) is a difficult concept to grasp for Western people. Explaining the concept requires a separate article, but in short it is about giving honour and respect. However, it is not just a casual compliment here and there. It is a crucial rule for successful business in China. Making sure you respect seating arrangements. Making sure you remember important names of your counterparts. Mentioning those persons separately in your speeches.

Above all, it is important to never lose your temper. If you feel someone is blaming you for something you did not do, chances are very big that it is for a good reason, albeit unrelated. Perhaps it is to spare your boss or maybe it is to gain face in the eyes of his colleagues: Taking wrongful blame in a graceful manner will earn you respect (face), which you can cash in later. Face is the most important currency in Chinese negotiations.

Read between the lines

The Chinese language is beautiful in many ways. As a language, it has a second layer in which the opposite of what is said is actually being expressed. This use is unfamiliar to most of the Western people. This “second layer” is our preferred part of the Chinese language. Two simple examples: Yes, can actually mean no and compliments can actually be meant as insults. Reading between the lines and understanding what is not being said, is a crucial skill for become successful with business negotiations in China.

Reading between the lines is a skill difficult to learn, however it is easily acquired by bringing an expert with you. Someone specialised in observing what happens can provide you with crucial information. Such information highly increases your chance of succeeding.

Chinese etiquettes strongly differ from Western etiquettes. Not just the table manners are entirely different: everything is different. This is quite understandable considering China is based on a 5.000-year-old civilization with minimal contact to the West.

For example, becoming friends or even family is very important. Alcohol can be a key aspect in this process. Even though drinking is starting to be banished from state-owned companies by the current government, it still plays an important role in Chinese business. If you wish to stay away from alcohol, try and see if someone in your organization likes a drink or two, and would consider taking up your role.

The next example creates much more confusion for Westerners. In China a contract is not just a legal document; it is the expression of wanting to come to a deal. Therefore, it can always be changed. It is not as permanent as it is in the West. These are just two examples of (business) etiquettes to consider, there are many more.

Stick to your set goals

Want to know if your goals are “Chinable”? Want to learn more in-depth knowledge about business negotiations in China? There are experts available who can easily earn back their costs. They know how far you can go in negotiations. They can assist you with knowing what is (im)possible and they can teach you what is important. Some experts can even handle negotiations on your behalf.

Interested in hiring an expert? Contact us to learn who our negotiating experts are and what they can do for you.