Progress on Climate Change in China 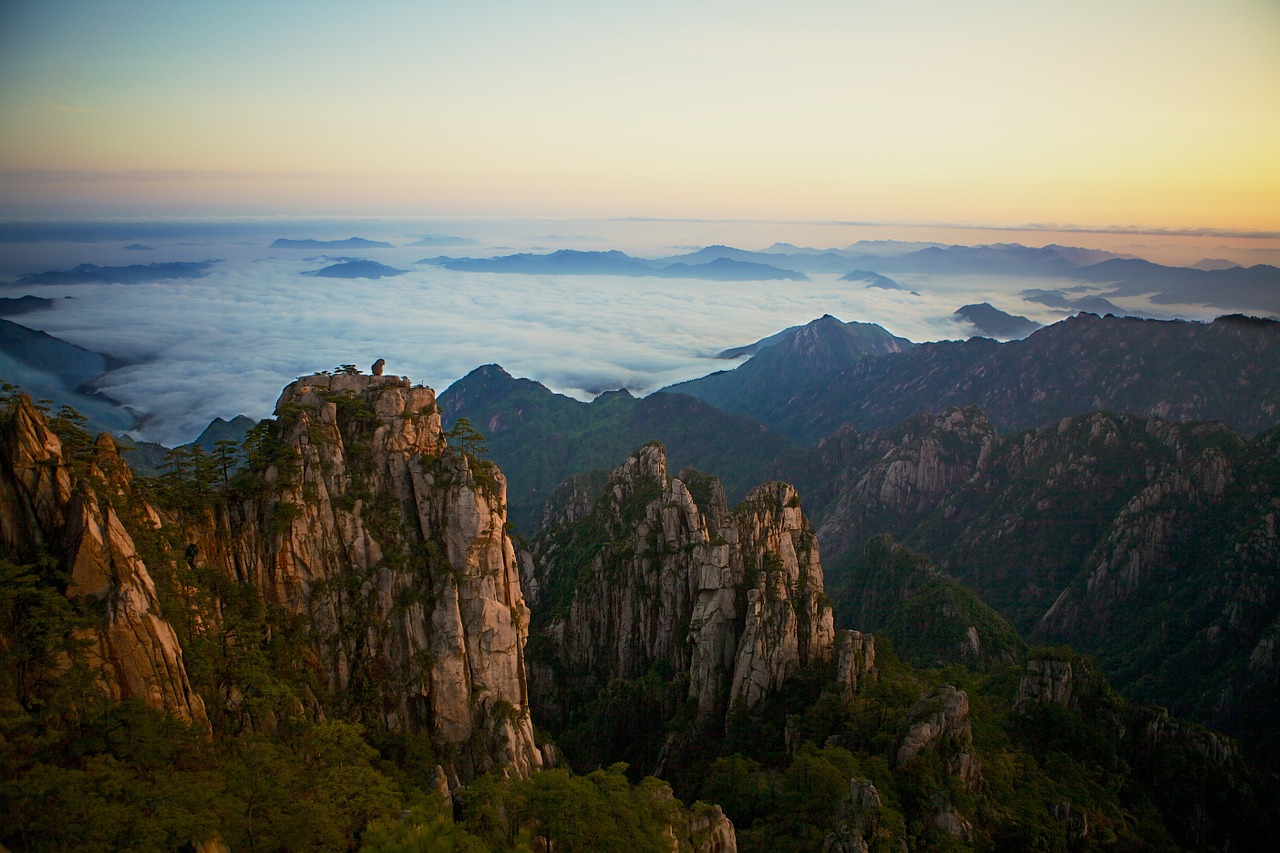 Progress on Climate Change in China

As the United States backed away from international organizations leading the fight against climate change shortly after the inauguration of President Donald Trump, China became uniquely positioned to lead the global push for climate and biodiversity protection. This may seem unusual due to China’s own history and struggle with pollution and environmental degradation, however the progress China has made to protect their environment and reverse past actions and policies that have aggravated climate issues in the past.

China has made groundbreaking progress in reversing climate damage and pollution across the country over the last ten years. Although there is still work to be done in reversing climate change and pollution of the environment, China has made significant progress developing technology and policies that promote the ‘clear waters and green mountain’ goals of the modern Party.

Unlike in many other countries, the environmental problems are personal for many citizens in China. In the early 2000’s the air pollution was extremely bad in tier one cities and areas with large industrial centers. A lack of regulation of industrial emissions meant that many businesses were releasing pollutants into the water and air. Citizens directly experienced the result of a laissez-faire approach to protecting the climate and demanded change.

From 2000-2010 the public began raising concerns about the long-term impacts of pollution on their health. Farmers in northern provinces similarly complained about the desertification of their ancestral farmlands. The hydropower push was criticized for its negative impact on biodiversity throughout China’s southern provinces. Waste management concerns made headlines across the country. The government had to respond to the pressure coming from their citizens and create a clear plan to confront and adequately address these challenges.

By 2014, President Xi Jinping opened the National Party Congress with a speech about the “war on pollution” across China. In the following years the Chinese government began implementing laws that such as Environmental Protection Law of 2016, along with founding the national level Ministry of Environmental Protection. These actions led to legislation that requires businesses to submit environmental impact assessments and plans to avoiding environmental degradation. China’s 13th Five-Year Plan stipulates a maximum 58% share of coal in national energy consumption by 2020. Furthermore, China is implementing an emissions trading system for companies and has announced a mandatory renewable energy certificates that sets targets for renewable energy for each province individually.

All of these actions point to positive steps towards a more sustainable future as the Party keeps climate change at the forefront of their concerns. China has been able to learn from its past and implement policies that will help to ensure their future.

Although limits have been set, China still is the largest carbon producer in the world, more than doubling their rival, the United States. Although while China’s total carbon footprint doubles the US’s, the US’s carbon footprint per capita doubles China’s. Also, it should be noted that most of the manufacturing and heavy production has been outsourced to China, which accounts for a large amount of China’s carbon emissions.

The bulk of China’s greenhouse gas emissions are from their coal consumption, China consumes more coal than the rest of the world all together. Nearly half of China’s domestic coal reserves and about 15% of its total coal use is lignite coal, the lowest quality and highest polluting type of coal.

Even though China is the world’s largest polluter, the last 10 years has seen exponential growth in the Chinese renewable energy market. Huge strides are being made to reduce their greenhouse gas emission and take a leading role in the development and use of renewable energy. By total gigawatts, China is the largest producer of wind, biomass and solar energy, although by total usage the three combined don’t even break 10% of China’s energy needs. China is also the largest producer of hydroelectricity, but while hydroelectricity does not have a large carbon footprint, it is massively detrimental to the environment and for that sake we will no longer discuss it as a viable renewable solution.

China has played a very important role in reducing by several factors the cost of green energy technology. Through their production efficiency, as well as being able to circumnavigate much of the research and development process, they are nearly exclusively responsible for reducing the price of solar power by 90% in the last 10 years. For the same reasons wind power has dropped nearly 50% in the same time span.

Also, because of the massive factories needed to supply China’s electric vehicle market have changed the economy of scale for battery production, their cost too has also has been reduced nearly 90%.

This has created a global situation where consuming Chinese renewables is cheaper than coal power for two thirds of Earth’s population. Thanks to the falling costs from China and rising efficiency from global research, we are nearing a phenomena called “Grid Parity” which in so many words is the point where the cost of the renewable energy becomes equal to or less than electricity from conventional energy forms like fossil fuels. That could be the most important step in addressing climate change, allowing us to have our air conditioning and breath it too.

Environmental progress in China does not exclusively come from the energy source though, it also comes from the way energy is used. One of the largest wasters of Energy is office and apartment buildings with low levels of insulation. The current 5 year plan has called for all new buildings in China to meet their building and massive retrofits are being conducted on low efficient existing buildings.

As written about in previous articles by 1421, China has made huge commitments to electric vehicles. They have invested over 60 billion USD in new energy vehicle development and set some of the world’s most strict policies for internal combustion engines. Hainan province has set a goal for 2030 to ban all combustion engines. Shenzhen’s entire taxi fleet is electric vehicles. 99% of all the electric buses in the world are in China. The tightest regulations being placed on the individual consumer and not the large factories may be controversial in some circles, but something had to be done to improve the air quality.

Over the past decade, China has positioned themselves as a global leader on climate action through investing heavily into renewable energy alternatives, promoting innovation in renewables and green technology, and honoring their international commitments. China is currently on track to reach the 2015 Paris Agreement targets to reduce their carbon dioxide emissions. Research from Tufts University suggests that if China fully executes their existing policies and promises to reformat its electric power sector into a market-based system that it’s carbon dioxide emission commitments will be fulfilled well before the initial deadline of 2030.

This values signaling is important for the world as China remains the highest emitter. If they can turn the corner on carbon emission and create a plan to keep their economy growing while prioritizing climate protection, other countries can work to reach their targets as well. As many global leaders pull away from investing in international organizations and climate initiatives, China continues to honor their commitments and rally the international community together around climate issues and biodiversity.

Another way China has been helping to promote climate renewal is through regulations that incentivize businesses and start ups in the green space and continued their development of renewable energy infrastructure. These policies resonate the message that every company and person have their role to play in contributing to environmental protection.

In 2018, the National Development and Reform Commission (NDRC) increased the renewables target for 2030 to 35% of electricity consumption through the Renewable Portfolio Standard. This plan also increases the hydropower goals of many provinces for 2020. The Chinese government also provided subsidies for solar power installations from 2014 onwards but hopes to eliminate these subsidies entirely in 2021.

China usually prefers large, top down projects than smaller localized ones. Instead of distributing power (in both the literal and metaphoric meanings) to individual communities, they will most likely build huge renewable energy plants in sparsely populated areas where to renewable resources exist and then transport the energy to the cities. The northwest of China has lots of solar and wind resources, and the eastern seaboard has offshore wind energy, but at the moment the storage and transportation of that energy makes it inefficient. It is these areas which will have the most opportunity for foreign investment and innovation.

The government has also been promoting advancements in Green technology. The trends of green technology research have led to an interdisciplinary approach encapsulating many different fields. The development of data applications and digitization have created solutions that go past the traditional research into renewable energy and provide insight into reversing desertification, reclaiming polluted land and water, and more. The academic and business community have worked together on many projects utilizing green tech to benefit the environment.

Many start-ups look to provide solutions to problems of pollutions and change personal behaviors that contribute to climate change. Share bikes were originally created with the idea of changing Chinese behaviors and returning to a more sustainable way of traveling through cities. Electric vehicles have replaced many old style cars and motorbikes throughout China’s city streets providing affordable, sustainable, and convenient alternatives to this problem as well. Government subsidies for companies innovating in these sectors have led to booms in start-ups related to solving some of the most difficult problems related to personal energy consumption.

The most energy efficient building is the one that is never built, and the least environmentally friendly way to make a building efficient is to knock it down and build a new efficient one. The carbon footprint of demolishing and then construction is going to dwarf the energy saved by a new and efficient building, so therefore the least expensive and most environmentally friendly solution is in retrofitting. If the government is serious about the environment and not just looking like they care about the environment, then this is going to be the solution they pursue.

While China has made great progress over the last 10 years on their legal framework of environmental protection and their push for ‘clear water and green mountains,’ there is still a long road ahead towards sustainability. The business sector will need to work hand-in-hand with the government to promote green alternatives and ensure China’s eco-friendly future. If you have questions about how to enter the market and contribute to the push for green alternatives in China, feel free to contact us.