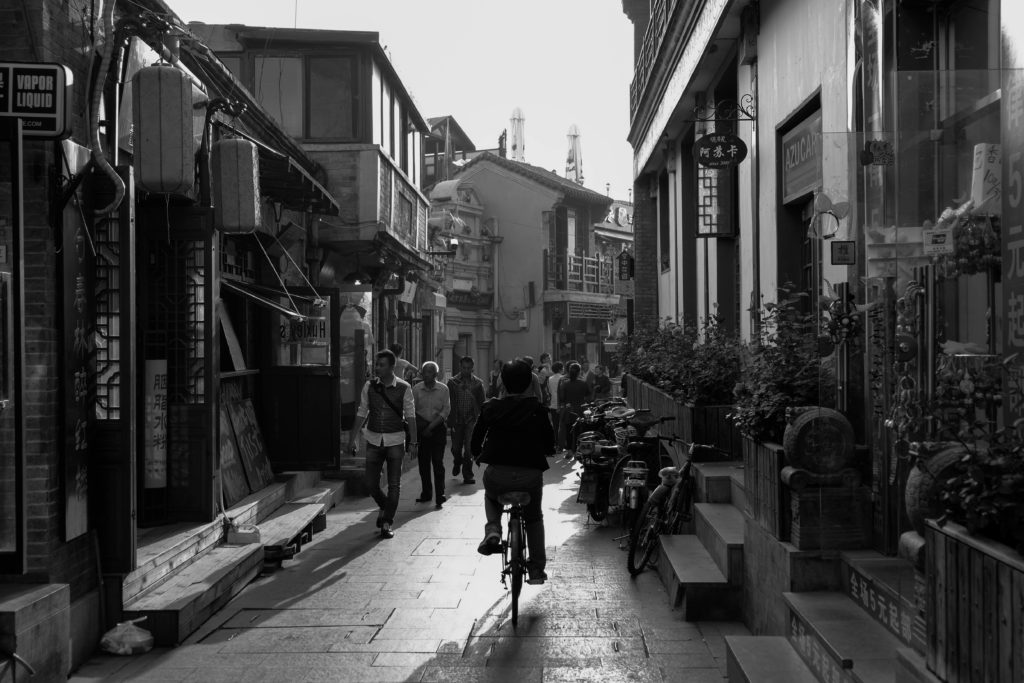 In 1978, China’s paramount leader, Deng Xiaoping, introduced a new Chinese policy, known as “reform and opening.” The landmark policy allowed foreign companies to operate in China, and the country became open to foreign direct investment in specially set up economic zones. China’s ascension to the position of the world’s second largest economy is a direct result of these market-oriented reforms. If you want to find out more about special economic zones in China have a look at our article about this topic.

Due to this “reform & opening” Chinese cities have shown an enormous amount of growth over the past decades, which have helped the country to develop. Certain Chinese cities have achieved economic development so robust that their present GDP levels rival those of European countries. These cities are named Tier 2 cities in China and clearly provide great business opportunities; however, most of these cities are still unknown to the western world.

The first of the Tier 2 cities in China we will discuss is Tianjin. In 1860, the port of Tianjin opened to foreign trade for the first time since the Treaty of Tianjin was ratified. The Chinese government permitted many western countries to occupy districts of the city, which they filled with architecture reminiscent of their home countries. At that time, Tianjin became the second-largest industrial and commercial city in China after Shanghai.

After 1949, the Chinese economy closed itself off from the West. Tianjin’s role as a commercial and trading hub withered and the city was downgraded from a centrally administered to a provincial city. Subsequently, Tianjin’s industrial sector became more and more important and helped the city flourish.

In 1984, the Chinese government designated a special economic zone, known as the Binhai New Area, in greater Tianjin. Since then, the city’s GDP has skyrocketed, increasing 138% from 2009 to 2016 to $270.45bn. Foreign investment grew from $9bn in 2009 to $21.1bn in 2015. In the same period, world-leading companies, such as Motorola and Airbus, began operating in the city. Further, many local companies had attracted foreign investment. Beijing’s contemporaneous transition towards a service-orientated economy led manufacturers to move their factories to Tianjin, creating even more opportunities for trade within the city.

These developments turned Tianjin into an important industrial centre in China. The industrial sector’s 8% growth in 2016 has been impressive; however, the 10% growth in the tertiary sector is even more so. The fastest growing sectors are high-tech manufacturing (34,9%) and high-tech services (39,8%).

China’s government is focused on creating the Jing-Jin-Ji (JJJ) region. This metropolitan area faces stiff competition from two megalopolises: the Yangtze River Delta (YRD) in the east and the booming Pearl River Delta (PRD) in the south. The realization of the Jing-Jin-Ji region is one of China’s three key projects, along with the Yangtze River Delta (YRD) and the “One Belt, One Road” (OBOR) initiative to boost China’s economy over the coming decades. Tianjin plays a crucial part in the creation of the Jing-Jin-Ji region. One of the ways the Chinese government tries to speed up this development is through investment in infrastructure. In November 2016, the Chinese government approved a $36bn plan to build 700 miles of rail within three years, with the goal of cutting travel times within the Jing-Jin-Ji region to one hour or less. Eight railways are slated for completion by 2020, and 24 more will be completed by 2050.

Tianjin will become China’s base for advanced manufacturing and international shipping. The city established a government guidance fund, with a fundraising target of RMB 500bn. The city will allocate the fund’s capital across various target sectors. Some sectors, like maritime engineering, will get special attention from the fund. The fund is exclusively designated for companies in or nearby Tianjin.

See the preferred sectors and sectors with extra focus in the last paragraph.

The Chinese government launched its “One Belt, One Road” initiative to improve China’s connectivity with the world. China is investing in infrastructural development around the globe—from China to Europe, Africa and the rest of Asia. Tianjin is already linked to these regions via its railway connections with major transportation hubs in China and via its own port. The Port of Tianjin is the largest comprehensive port in Northern China and maintains trade relations with more than 500 ports in 180 countries, making it one of the best-connected ports in the world. The Port of Tianjin’s port-and-rail transport handled 310,000 TEUs (Twenty-foot Equivalent Units) in 2015.

Hangzhou is one of China’s most ancient cities, and currently one of the country’s most prosperous, yet it remains overlooked by so many. Due to Hangzhou’s proximity to Shanghai, many view the super-city next door as overshadowing Hangzhou; however, the city beat out both Beijing and Shanghai to host the 2016 G20 summit. After China’s economy closed to the world in 1949, Hangzhou was named capital of the Zhejiang province and developed into an industrial centre.

In 2015 Hangzhou was the second fastest growing city of the tier 2 cities in China, from a sample of 15 cities, with a growth rate of 10,2% and was second place in 2016, with a growth rate of 9.2%. Hangzhou’s tertiary sector grew the fastest of all first and second tier cities combined, with a growth rate of 14.6%. In 2016, the utilized foreign investment in Hangzhou amounted to $7.2 Billion, an increase of $100 million from 2015. By the end of 2014, more than 12,400 foreign-funded companies—with a combined capital of $137 billion—were registered in Hangzhou.

Hangzhou used to be synonymous with its manufacturing industry, but beginning in 2014, the city has been cultivating Internet-related industries and has since established itself as a hub for innovation and entrepreneurship.

Hangzhou is known as the birthplace of e-commerce giant Alibaba, but observers should be careful not to let Hangzhou’s success in the tech sector diminish that of its financial services industry. The city is known for its open economy and welcoming attitude towards new technologies.

While Shanghai attracts national and MNC banks to set up regional headquarters, Hangzhou has become a destination for private banks, venture capitalists and private equity firms. These institutions are seeking to capitalize on the city’s increasing entrepreneurialism and strategic location.

The government of Hangzhou is known to offer support to high-tech firms and entrepreneurs. Moreover, the national government has made Hangzhou a pilot city for new-energy vehicles. The city’s renewed industrial focus on technology applications has played a part in the modernization of its manufacturing economy.

The city’s broad technology and software development was indispensible to the city’s quest to become one of China’s most attractive cities for top talent through its system of government support for businesses and start-ups. In 2016, LinkedIn published a report about trends in Chinese cities; according to the report, Hangzhou is one of the cities in China with the most globalised talent (4th place) and the most globalised job opportunities (3rd place).

The government of Hangzhou is constantly trying to improve its ability to attract talent, whether through helping entrepreneurs and or through hosting various talents programs. Instead of luring companies to Hangzhou with certain incentives, Hangzhou is luring companies by providing the best skilled workers. Once in Hangzhou, companies enjoy plenty of training opportunities offered by the government to retain top talent and improve companies’ worker base.

Hangzhou is served by the Xiaoshang International Airport, the 6th busiest airport of China in terms of cargo and the Hangzhou East Railway station. The airport and station connect Hangzhou with myriad destinations domestic and international.

Hangzhou, home to China’s first Cross-border E-commerce Comprehensive Pilot Area, has sought to benefit from its flourishing technology sector. Last year, the pilot area launched a program named “E-commerce embrace the world” with the aim of reshaping Hangzhou as an important hub for the “Online Silk Road” and an international trade centre.

Suzhou, founded in 514 BCE, is located 110 kilometres away from Shanghai in the Yangtze River Delta. Suzhou has always been one of the most prosperous cities in China. In the 19th century, Suzhou was one of the largest non-capital cities in the world, until it was overtaken by Shanghai. Suzhou suffered greatly due to the closing-off of the Chinese economy, when many industries retreated to inland cities. Following the economic reforms of the 1980s and the re-opening of the YRD, Suzhou became one of China’s fastest-growing cities. The People’s Daily published a ranking of the most developed smaller and middle-sized counties in china; of them, four counties in Suzhou placed 1st, 3rd, 4th & 7th, clearly illustrating the city’s outstanding rate of development.

Today, Suzhou continues to prosper, boasting the largest economy in Jiangsu Province with a current GDP of $233bn (the third largest among tier two cities), and the second largest manufacturing sector in China. Suzhou’s is the highest disposable income of the researched tier 2 cities in China with a disposable income of $8221.25, close to that of metropolises like Shanghai ($8728.22) and Beijing ($8665.13).

Suzhou benefitted greatly from its economic zones, which attracted a huge amount of FDI and numerous foreign enterprises. The city released an action plan in June 2017 aimed at:

Suzhou also announced a list of industries it wanted to attract and maintain. Some of the industries mentioned in the list include:

Suzhou has already enacted a series of policies and action plans for building advanced manufacturing bases and implementing supply-side structural reforms, as well as internet+ operations.

Without its superb industrial parks, the city’s success would certainly have been stunted. The Suzhou Industrial Park and Suzhou New District have promoted several major industries in China, including: bio-medical, equipment manufacturing, information technology, and nanotechnology. The development zones aim to upgrade the city’s industry from “made in China” to “innovated in China.”

Nevertheless, the government of Suzhou still plans on developing its service, trade and high-end industries, such as E-commerce and Big Data, in the near future.

“One Belt, One Road” is China’s official plan to improve its connectivity with the world. China has invested around the world to upgrade infrastructure from China to Europe, and Africa to the rest of Asia. Suzhou has taken full advantage of its opportune location by connecting two of its stations to Beijing and Shanghai with high-speed rail. Further, Suzhou’s promotion of sea trade has elevated its port to one of the busiest inland ports in the world, trading between 400 domestic and overseas ports. This effort to connect Suzhou not only with the rest of China, but with the rest of the world has rendered the city one of China’s leading cities in terms of global influence.

The port of Suzhou is continuing to expand: the total cargo throughput rose from 380 million tonnes in 2011 to 573 million tonnes in 2016 (a 50.98% increase). Since Suzhou is currently constructing a new container terminal, this growth is not expected to stagnate. But Suzhou will not just benefit from its thriving port—the city is named as a dispatch point for high-speed container trains, and has become more and more connected with other cities via its rail network.

China has grown tremendously over the previous decades, and the country is becoming more and more developed. Not only are the big “tier 1” cities gateways to China, however tier 2 cities in China have also shown that they offer plenty of opportunities to western companies. Tianjin, Hangzhou and Suzhou each have their own policies to attract foreign investment. Tianjin and Suzhou do this by providing incentives and supporting certain industries, while Hangzhou has focused more on recruiting a talented workforce through training programs and other initiatives.

Suzhou, Hangzhou and Tianjin were once known as manufacturing bases, mainly servicing Shanghai and Beijing. In recent years, however, the cities have developed their own industries and in each city, the service industry has surpassed secondary industries as a share of the total GDP. Furthermore, the cities not only produce low-end products, but also manufacture high-end products and boast R&D centres.

The future for these up-and-coming cities is bright. Tianjin and Suzhou are continuing to improve their connectivity, while Hangzhou has capitalized on the Internet to become the world’s E-commerce hub. Read our second article about the other three cities