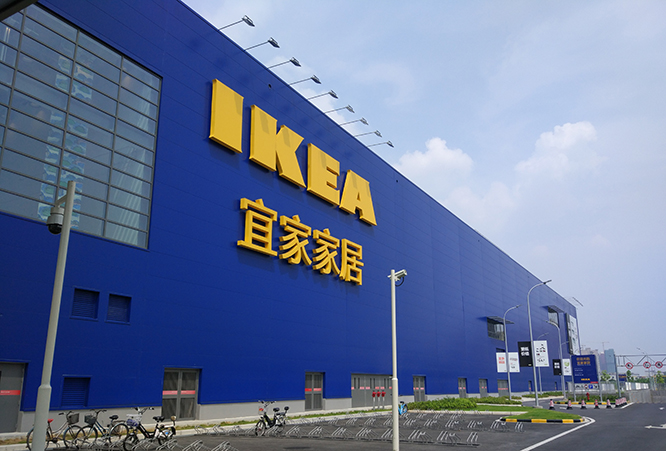 Also read our article on successful Chinese companies you might not have heard of!

The general conclusion about business in China involves the level of complexity and the high chance of failure. Many corporations, big and small, fail in the Chinese market.  However, there are many cases of very successful endeavours in the Chinese market. In this article we will try to show some examples of successful foreign companies in China, and explain why they are flourishing.

The success of IKEA in China is overwhelming. They are not just flourishing; IKEA has become part of Chinese culture. To understand the success of IKEA, one simply has to go to an IKEA in China. Make sure you go there during the weekends. If you ever found a western IKEA to be busy, you are in for a treat.

Chinese people do not just visit IKEA to quickly find a Billy bookcase or a Kallax storage unit. Visiting IKEA is like visiting a theme park. People take naps on beds, snap wedding pictures in the kitchen and even go on first dates at IKEA. Besides Swedish meatballs, their Beijing noodles are renowned for their quality.

Big compliments to the Swedish giant for letting their Chinese stores become an experience. It gave them a prominent place within this list of successful foreign companies in China.

Eurobakery is a company founded in 2007 in Beijing. It is focussed on baking all kinds of sandwiches, bread and cakes. Eurobakery is extremely successful and currently has a factory of over 4.000 square meter.

The factory is one of the few production facilities in China with the capability and resources to carry out independent R&D. Furthermore, the factory has a high production capacity, good quality standards and is able to distribute their products highly efficient.

The success of Eurobakery is the full adaption to the Chinese market. They chose to produce the western products in China, making them extremely competitive.

Describing the success of LinkedIn in China starts, unusually, with describing the failures of their Western competitors. Other social media companies are prohibited to enter the Chinese market. Despite Mark Zuckerburg learning Mandarin, Facebook is banned. Furthermore Google plus, Youtube, Twitter, Tumbler and Instagram are all banned.

Running a social media business in China remains very challenging. New rules are always around the corner, which makes life never simple for LinkedIn in China. However the Chinese strategy of LinkedIn has helped them reach 32 million Chinese users in 2017.

Dutch founded Buurtzorg is a company focussed on providing care to people at home. After disrupting the Dutch market with self-managing teams, their focus shifted towards China. One of China’s major concerns for the future is the greying population. China is in dire need of intelligent solutions fitting to the Chinese needs.

Buurtzorg fills a gap, which connects really well to the Chinese values towards elderly. By taking care of people at their own homes, Buurtzorg provides a service, which takes after informal care by family members. Although they are still at the beginning of building up their brand in China, it already seems they have adapted their strategy towards the Chinese market.

In 2017 they served over 1000 clients in China. Their teams are established in Shanghai, Changzhou, Qingdao, Ningbo, pilots in Weifang and Hangzhou and will soon also start in Chengdu.

The most successful online note-taking app became successful in China through the similar strategy as LinkedIn. Playing by the rules and adapting to the Chinese market. The foundation behind this strategy was formed when conducting a very thorough market research about the Chinese market. It provided them with an 156% increase of users.

Another strong point of their success was the adaptation of their name. They adapted it to create an easy to pronounce Chinese name: Yinxiang Biji (印象笔记). The name means Memory Notes or Impression Notes.

What makes them successful foreign companies in China?

Although all have their own paths to become successful in China, all of the above organizations share the willingness to adapt towards China. They acknowledge China needs a unique and different approach compared to other countries.

The same applies to any company looking to setup their organization in China. Establish key success indicators and combine them with the strengths of China. However, stay close to your business plan and do not include drastic changes just for the sake of adapting to China. Conduct research, be patient and invest your time in establishing your organization in China. This will improve your chance of becoming Chinable.

We would love to discuss how your company could become like these stellar organizations. Feel free to contact us if you have questions about the possibilities of your organization in China.

Also read our article on successful Chinese companies you might not have heard of!